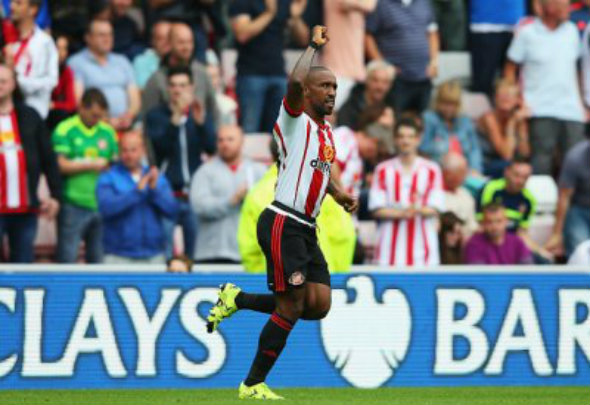 Jermain Defoe has signed a contract extension at Sunderland to keep him at the club until he is 36, it has been announced.

The former Tottenham and West Ham striker scored 18 goals for Sunderland in 2015-16 and was the key player in their escape from relegation.

Sunderland announced on their website on Thursday afternoon that Defoe, 33, has now penned a deal until the summer of 2019.

By the team the deal expires, the veteran striker will be 36 and just four months shy of his 37th birthday.

Black Cats manager Sam Allardyce is convinced that Defoe has the ability to perform for three more years at the top level.

“Jermain is one of the greatest goal-scorers in the history of the Premier League and is a player that every manager would want to have in their team”, Allardyce told the official Sunderland website.

“He proved that beyond doubt last season by scoring 15 league goals, he is in fantastic physical condition and we are very pleased that we have been able to extend his stay with us.”

Defoe joined Sunderland from Toronto FC in 2014 in a swap deal with Jozy Altidore, and has since gone on to score 22 goals in 53 appearances.

He was voted Supporters’ Player of the Year last month and finished as the third highest English goal-scorer in the 2015-16 Premier League season, behind Harry Kane and Jamie Vardy.

The form came as a surprise to a player who in 2014 left Tottenham for Toronto, with most people expecting the four year deal would be the end of his exceptional career.

Defoe had two separate spells at Spurs, scoring a total of 90 goals in 274 league games.

In other Tottenham news, a former Manchester United striker claims Liverpool man is a much better player than Harry Kane.