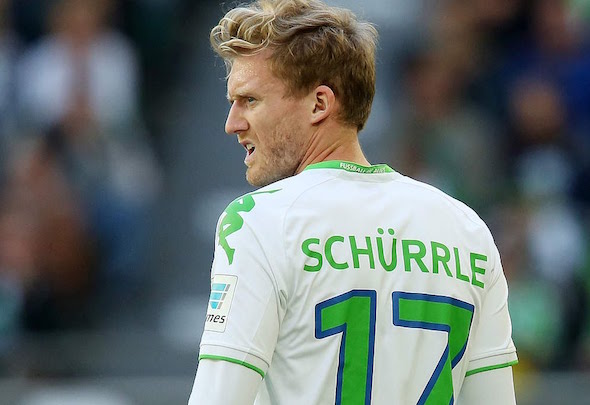 Tottenham have lost the race to sign German attacking midfielder Andre Schurrle, after he has opted to stay in the Bundesliga.

Borussia Dortmund announced the signing of Schurrle on a five-year deal from Wolfsburg on their club website.

He becomes the second high-profile German player to join Dortmund recently, following in the footsteps of Mario Gotze, who sealed a move from league champions Bayern Munich after struggling for game time.

Tottenham had been linked with a shock move for the former Chelsea player earlier this year but he has now ensured he won’t be returning to English football this summer.

Spurs were credited with an interest as manager Mauricio Pochettino looks to reinforce his squad with Champions League experience, after the North London side qualified for the competition for just the second time.

Schurrle previously spent two years in England with London rivals Chelsea and scored 14 goals in his 65 appearances across all competitions. He also picked up a Premier League medal in the 2014-15 season.

The World Cup winner scored just 13 times in 63 games in all competitions for Wolfsburg, who finished in a disappointing eighth position in last season’s Bundesliga.

In other Tottenham transfer news, their player is set to be handed a £70,000-a-week deal from German giants Bayern Munich.