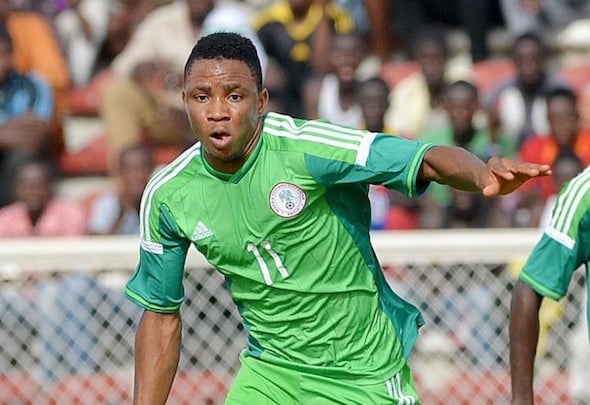 Musa Yahaya has completed a loan move from Tottenham to Portimonense, the Portuguese second division side have confirmed.

The Nigerian attacking midfielder has been trying to break through at White Hart Lane but has been unable to secure a work permit.

The teenager has joined the Portugese club for the rest of the season and could be available for Portimonense’s Segunda Liga match against Academico Viseu on Saturday.

Yahaya, 18, has had loan spells in Spain and Mozambique since joining Tottenham from his development team Mutunchi Academy in Nigeria.

The Nigeria Under-20 international, who has been dubbed ‘the new Andre Iniesta’ in his homeland, is set to return to Spurs in the summer and is hopeful of being granted the documentation required to be registered with the London club.

Yahaya has represented Tottenham’s youth teams in a number of friendlies but has been unable to play for the club in the Premier League’s Under-21 competition.