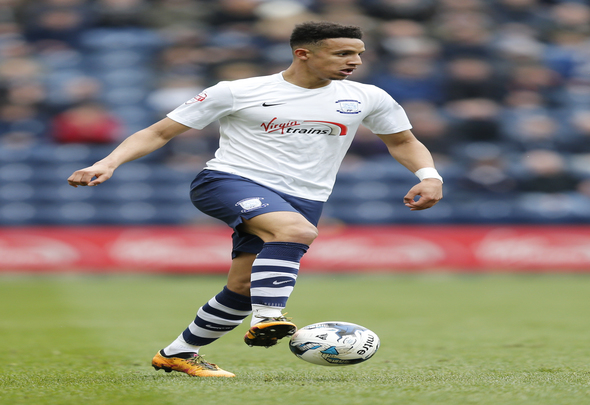 Aston Villa academy graduate Callum Robinson has rejected a new deal from the club and signed for Championship rivals Preston, it was announced on Monday.

The official Preston website confirmed the capture of the former Lilywhites loanee player after they agreed an undisclosed compensation package with the Midlands club.

The striker, who is former England under-20 international, is the sixth summer signing by manager Simon Grayson who has landed the 21-year-old after three previous loan spells at the club where he scored four goals in 31 appearances.

Boyhood Villa fan Robinson made his debut for the club in 2013 but went on to make only four senior appearances for the club among numerous loan spells at Championship sides.

Despite the striker rejecting a deal by his boyhood club, Robinson insists he is sad to leave Villa but ready to enjoy his time with the Lancashire based club.

“I’m really happy to get the deal done. I’ve had a few loans here and I’ve really enjoyed my time with the lads and the coaching staff.” Robinson told the official Preston North End website.

The 21-year-old had been at Villa since the age of eight, but the youngster is adamant that if he ever were to leave Villa Park it would  only be for Deepdale.

“It was obviously a big decision for me leaving Aston Villa – I’ve been there since I was eight-years-old – but if there was ever a club for me to settle down with and sign permanently with, it would be Preston North End.” said Robinson.

The youngster will be now hoping to help his side push further up the table and build upon the mid-table finish in the recently concluded Championship season.

In other Aston Villa news, midfielder given permission to talk to the club after bid is accepted.