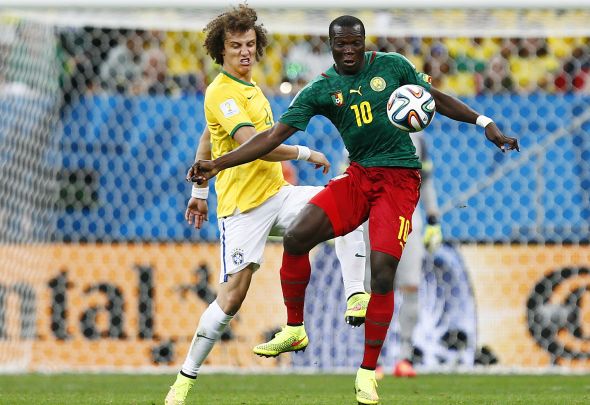 West Ham have lost the battle to sign prolific Cameroon international Vincent Aboubakar after the Porto striker joined Turkish giants Besiktas, it has been announced.

The 24-year-old striker has been unveiled at the Vodafone Arena after penning a loan deal with the Turkish champions, where he is set to replace outgoing talisman Mario Gomez.

Besiktas revealed the news on their official website as the former Lorient striker signs for Senol Gunes’ side on a temporary basis.

Portuguese newspaper A Bola had claimed that West Ham were one of three Premier League clubs interested in Aboubakar earlier this month, with Leicester and Middlesbrough also credited with an interest.

The Cameroon international was in superb form for the Portguese giants last season, scoring 18 goals in all competitions during 42 encounters, providing another three in assists.

However, the £5million signing of Belgian striker Laurent Depoitre has pushed Aboubakar down the pecking order at the Estadio Do Dragao and Besiktas have completed a move to bring him in ahead of the Hammers.

Slaven Bilic’s side have been desperate to bring in a striker this month, with doubts surrounding the futures of Enner Valencia and Diafra Sakho and injuries to Andy Carroll and new signing Andre Ayew.

Former Croatia manager Bilic has finally made a move to end his striker hunt, bringing in Simone Zaza from Juventus.

However, Aboubakar joins a long list of strikers that have decided to move elsewhere despite interest from the Hammers. Gomez, Michy Batshuayi and Gonzalo Higuain have all rejected the East London side this summer in favour of moving elsewhere.

In other West Ham transfer news, the Hammers have made a decision on a move for this England international amid speculation.