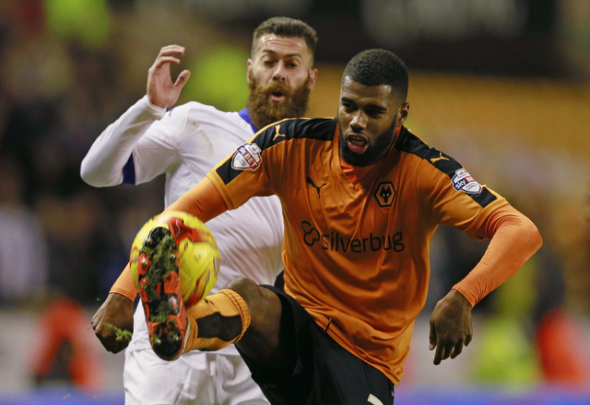 Wolves defender Ethan Ebanks-Landell has extended his contract at the club, it was confirmed on Monday afternoon.

The 24-year-old currently on loan in League One with Sheffield United has agreed a new three-year contract with the Midlands side taking him up to 2020.

Wolves announced the news on their official Twitter account, while also stating that that the player would stay with the Blades to see out his season-long loan.

✍️ We're delighted to announce that @EbanksLandell has signed a new three-and-a-half-year deal with Wolves until 2020. #CongratsEthan pic.twitter.com/Z8PBq1SnGE

The defender will remain with @SUFC_tweets for the rest of the 2016/17 campaign as he completes his season-long loan at Bramall Lane.

Ebanks-Landell broke through the club’s academy, making his senior debut back in 2012 in a League One clash against Colchester.

He has played 50 encounters for Wolves in total, but former boss Walter Zenga made the decision to loan him to Chris Wilder’s Blades in the summer.

The Yorkshire side are currently performing well in the English third tier as they nestle at the top with four points separating them from second placed Scunthorpe.

Ebanks-Landell has been a key player in their successful campaign, playing 22 times while even chipping in with four goals at the other end of the pitch.

The defender scored the opening goal in his side’s 4-2 win over Southend on Saturday and he will be keen to keep impressing before making a return to Wolves.

Ebanks-Landell is a weird one. It would be assumed in most normal cases that a player would not make it at their parent club if they are on loan to a lower league side at the age of 24. However, the Wolves hierarchy clearly see something in the centre-back and there is no doubt that he has impressed while on loan at Sheffield United. It is also not a secret that Paul Lambert’s side have been weak in the central defensive area this season with both Danny Batth and Richard Stearman struggling. This means that Ebanks-Landell could be like a new signing when he returns to the side in the summer ready for the new season.

In other Wolves news, the Midlands side have received an emphatic answer in their bid for this midfielder.