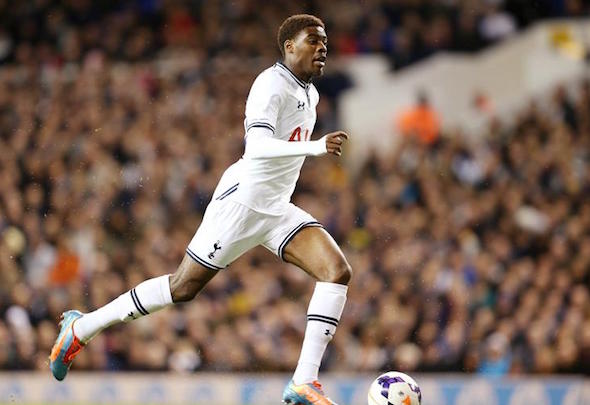 Tottenham duo Luke McGee and Nathan Oduwa have joined League One side Peterborough on loan until January, it was announced on Wednesday.

The north London side confirmed on their official Twitter account that the goalkeeper and winger had secured moves to the ABAX Stadium.

The young duo will now join Grant McCann’s side as they prepare for a clash against Swindon on Saturday.

LOANS: Luke McGee and Nathan Oduwa have joined League One side Peterborough United on loan until January. pic.twitter.com/xqp4HpW1Rm

McGee, 20, has not made his senior debut for Tottenham, but he was on the bench for the 1-1 draw against Liverpool on Saturday with star goalkeeper Hugo Lloris injured.

However, Mauricio Pochettino is hoping to land Espanyol goalkeeper Paul Lopez before Wednesday’s 11pm deadline and the Argentine manager is keen for McGee to get some first-team experience under his belt.

Meanwhile, Oduwa, 20 has gone on loan to his fourth club after spells at Luton, Rangers and Colchester.

The youngster is still waiting to make his senior debut for Spurs, but he has played in 32 professional encounters across his various loans.

The north London side have looked to send their young prospects out on loan this summer with Filip Lesniak and Will Miller also leaving in temporary deals to Slovan Liberec and Burton respectively.

Oduwa and McGee will now join a Peterborough side which sits in seventh place in League One after five games, as they look to push for a promotion place in the new campaign.

In other Tottenham transfer news, Spurs have enquired about the availability of Manchester United defender Phil Jones.