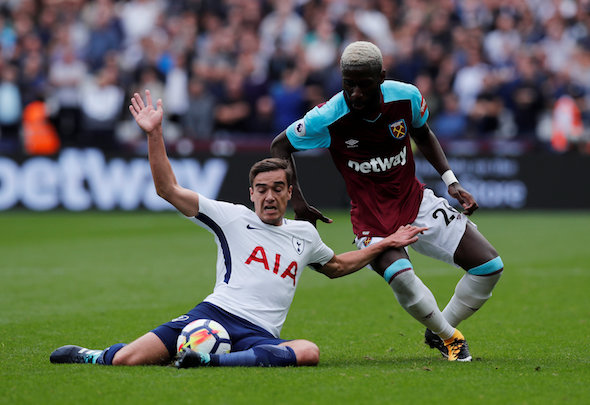 West Ham United defender Arthur Masuaku has admitted that the team failed to perform against Swansea City on the weekend despite the victory.

The Hammers picked up three crucial points against the Welsh outfit with a 1-0 win at the London Stadium on Saturday afternoon.

Masuaku, 23, produced a fantastic cross for substitute Diafra Sakho to notch the winner in the final minutes of the match.

Slaven Bilic’s side have now won three out of their last five matches in all competitions and they currently sit in 15th place in the league table.

However, despite the upturn in results, Masuaku revealed that he was disappointed with the team’s performance on the weekend but he is determined to put things right in the future.

“It was a very tough game against a good team, but we have the three points and this is the most important thing for us,” he told the club’s official website.

“It was difficult, as Swansea played very well, but I have to be honest, I don’t think we played well, in my opinion. We have to improve and work hard in training starting from next week.

“We have to be positive because I think we have a good team and a great squad, so let us keep working to get higher up the league.”

The defender completed a permanent move to the East London club last summer but he spent the majority of his debut campaign watching on the sidelines due to a severe knee injury.

Although he has failed to complete the full 90 minutes in the Premier League this season, Masuaku has been effective on the pitch, contributing with two assists and one goal in all competitions.

Masuaku is set to feature for the Hammers when they are back in action after the international break to face Burnley at Turf Moor.