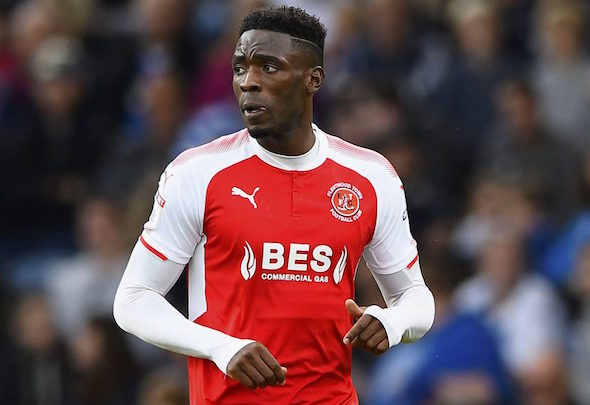 Rangers are hopeful of winning the race to sign Fleetwood striker Devante Cole during the January transfer window, according to a report.
The Scottish Sun claims that the door has been opened for the Glasgow side to make an offer for Cole, 22, after interest from the English interest reached a dead-end.
It is understood that Sheffield United and Millwall have both been unable to agree a fee on Fleetwood’s lethal finisher, who is out on contract at the end of the season, meaning that the Gers now have a golden chance to convince him to move north of the border.
Football Insider has previously revealed that Rangers, Birmingham, Ipswich, Reading and Wigan are eyeing up moves for Cole this month on a cut-price fee due to his contract situation at Fleetwood, where he has been in the form of his life this term.
The former Manchester City forward, son of Manchester United legend Andy Cole, has made 30 appearances this term and scored 12 goals in the process – his highest tally in any one season.
Fleetwood’s chief executive Steve Curwood revealed on Saturday morning on the talkSPORT weekend breakfast show that Leeds United have also shown significant interest in the League One striker.
Football Insider verdict
Cole has been in good form this season and would be a neat addition to the Rangers squad should Josh Windass be sold this month as speculation swirls around his future at Ibrox. Alfredo Morelos seems very likely to still be in Glasgow after January but when the Colombian striker has been off form this season, there has not really been anyone who can replace him. Cole could be a great improvement on Eduardo Herrera, who has been a waste of money in his move to Ibrox in the summer. The only problem for Rangers is the sheer amount of interest in the Fleetwood striker. Leeds are one of the teams they need to watch out for.
In other Rangers news, this top-flight side is willing to do business over a £1million-rated international wanted by the Gers.
We’ve launched a << BREAKING NEWS FEED>> exclusively for your club. ‘Like Us’ on Facebook by clicking here if you want 24/7 updates on all Rangers breaking news.