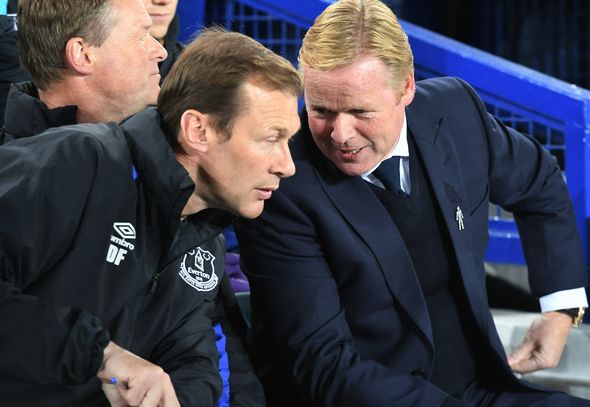 Everton favourite Duncan Ferguson admits he would love to become manager of the club in the future.

The 45-year-old spent much of his playing career at Goodison Park, and is currently a member of Ronald Koeman’s backroom staff as a coach.

But when asked by Sky Sports if he saw a future management role with the club, Ferguson admitted it would be a dream come true.

He said: “That’s the future. It’s the dream. Everybody dreams of being the Everton manager, I’m no different to anybody else. But of course we’ve got a fantastic manager at the moment and I hope that continues for a very long time.

“I think that would be a progression. But obviously I’m happy with what I’m doing at the moment. It’s a fantastic job and I’m at the best club in the world.

Ferguson severed his ties with the club in 2006, retiring from the game having scored 73 goals from 273 appearances across three different spells with Everton.

However, the Scot returned to Merseyside in a coaching capacity in October 2011.

He began as a coach in the academy setup, but was eventually promoted to the first-team in February 2014.

Following the departure of ex-Everton chief David Moyes to Manchester United in 2013, former Everton boss Howard Kendall backed Ferguson as the perfect man to fill the vacant managerial position at the club.

The role was eventually handed to Roberto Martinez, who led the club until his dismissal in May 2016.

Current Everton chief Ronald Koeman then took over first-team affairs and has led his side up to seventh in the Premier League with 12 games remaining.

In other Everton news, Roy Keane has urged the club to do this amid interest in the services of this first-team star.