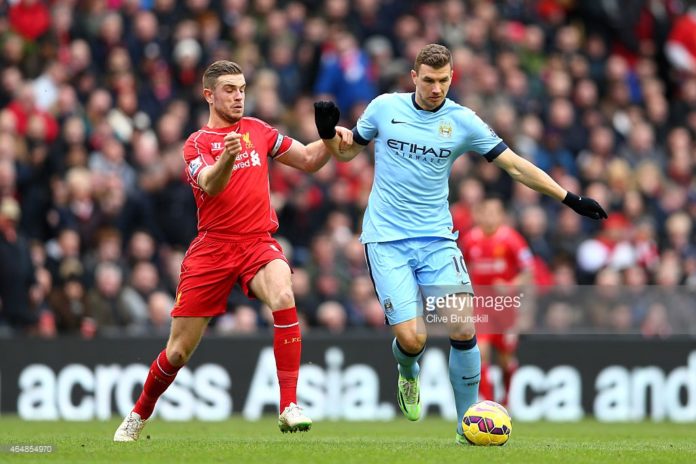 By Manchester correspondent Alex Stevens
Edin Dzeko will undergo a Roma medical before completing a £14million move to the Serie A club, Football Insider sources understand.

Manuel Pellegrini has continued his summer overhaul of the Manchester City squad by sanctioning the sale of Dzeko.
Roma have agreed a fee of £14million with the Premier League club following lengthy negotiations and the Bosnian striker will fly to the Italian capital later this week to undergo a medical and complete the formalities of the transfer.
Football Insider revealed last month that Roma had offered Dzeko a lucrative five-year contract despite denials at the time from his agent Irfan Redzepagic.
He is now set to become the ninth senior squad man to leave City permanently this summer and the second striker following Stevan Jovetic, who has joined Inter Milan on an 18-month loan.
Dzeko, who scored just six goals in 32 matches last season, joined City from Wolfsburg in 2011 and is under contract with Pellegrini’s side for another three years.
But City have decided to cash in on the 29-year-old at a time in his career when his transfer value is likely to continue to drop.
Pellegrini must now decide whether to move for a third orthodox striker to supplement senior duo Sergio Aguero and Wilfried Bony. Raheem Sterling has been used in pre-season to lead the front line but he has been bought to play in an attacking midfield role behind the forward.