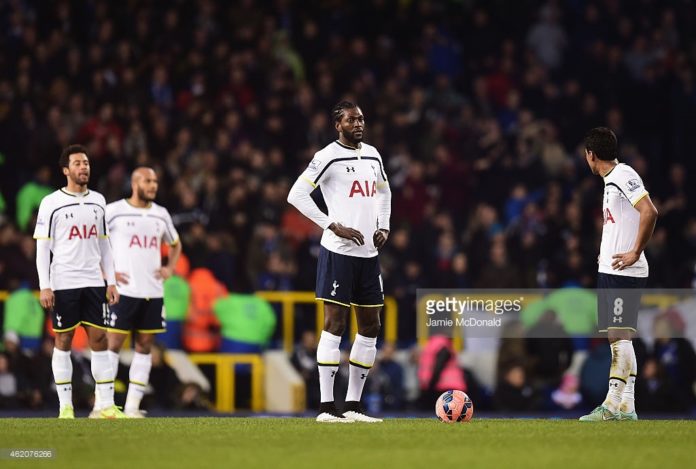 The Tottenham striker is set to finally complete a switch to Upton Park following a breakthrough in talks between the two London clubs this week.
Adebayor was scheduled to have a West Ham medical on Friday but it was postponed because the player had another commitment.
The 31-year-old is now set to undergo medical examinations with the east Londoners on Sunday as Slaven Bilic continues his overhaul of the Hammers’ squad.
Adebayor has a year left on his £110,000-a-week contract at Spurs but the club has been desperate to offload him for the past two transfer windows. Adebayor has not been given a squad number at Spurs this season and has been forced to train away from the first-team group.
A move to West Ham was close to being agreed last January before Spurs chairman Daniel Levy decided to block it at the 11th hour.
West Ham revived their interest before the start of this season but they then changed their minds after beating Arsenal away on the opening day of the campaign.
However, two consecutive defeats, and doubts about Andy Carroll’s ability to stay fit, convinced Bilic and the West Ham board to turn their attention once again to Adebayor.
Aston Villa had also been pursuing the Togo international and terms were agreed on a transfer earlier this summer but the battle for the striker’s signature has been won by the London club.
West Ham’s Adebayor transfer is expected to be confirmed on Sunday night.