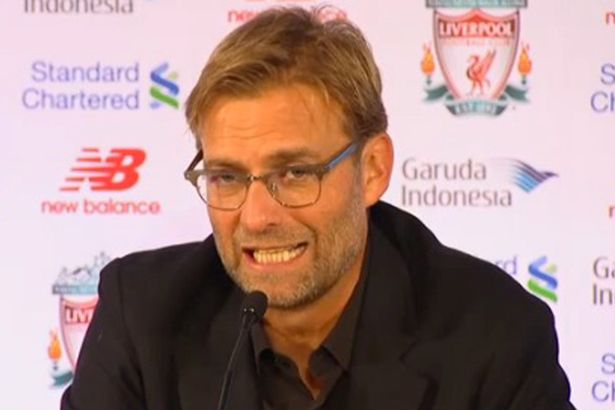 By Merseyside correspondent Coral Barry
Jurgen Klopp can’t get going without a fit squad, Harry Kane is a ghost of his former self and other things we learned from Tottenham 0 Liverpool 0.
Injuries will hamper early Klopp era
Until Liverpool are at full strength Klopp’s full influence won’t be felt. Any team would miss Jordan Henderson, Roberto Firmino, Christian Benteke and Daniel Sturridge, and Liverpool do not have the strength in depth to shine without key players. The sense is that fans will have to wait to see Kloppmania at full throttle. The lack of options today was painfully clear for the Reds, although there were glimpses of the high octane tempo that Klopp demands. The process of change will not become complete without Liverpool’s best footballers.
Kane is nowhere near his best
Last season practically everything Kane touched turned to gold for Tottenham. Today he was stifled by a defence that had not kept a clean sheet in eight games. He couldn’t out-muscle Martin Skrtel and hit his two only chances straight at Simon Mignolet. The Englishman’s one goal this season has come in the demolition of Manchester City and if Spurs are to challenge for the top four, Kane will have to rediscover his goal touch.
Lallana fighting for his Liverpool life
Before today, Adam Lallana could not be said to have provided value for money since his £25million move from Southampton. He admitted this week that his Anfield career has been stop-start and today he laid down a marker to demonstrate he can have a major role to play in the new era. Attempting to cover every blade of grass and embodying Klopp’s high press, Lallana was pumped in the first half. His attitude could not be faulted. Too often, though, he has gone missing and, true to form, he was anonymous in the second half and substituted late on.


Dembele embodies the new look Spurs
Tottenham are a different animal this season. They are the serial yellow card offenders in the league with 24 and Eric Dier was forced to miss this game because he has picked up five already. Moussa Dembele embodies this new Tottenham grit. Forceful and powerful, Dembele was breaking up play across the pitch and made crucial tackle after crucial tackle. The steel at the heart of Spurs’ midfield and a beacon of influence today, he was the main man.
Klopp can get the best out of Can
Emre Can was ever-present in Brendan Rodgers’ side, but it was not as a midfielder. In fact, of the 27 league games he played in last season, 21 of them were at centre-back. Today Klopp handed him a start in his best position in central midfield and Can responded excellently to the challenge. Bitting into tackles, relentlessly pressing and assured in possession, the German was exemplary. He was also inches away from snatching all three points for Liverpool at the death. He will be Klopp’s voice on the pitch.