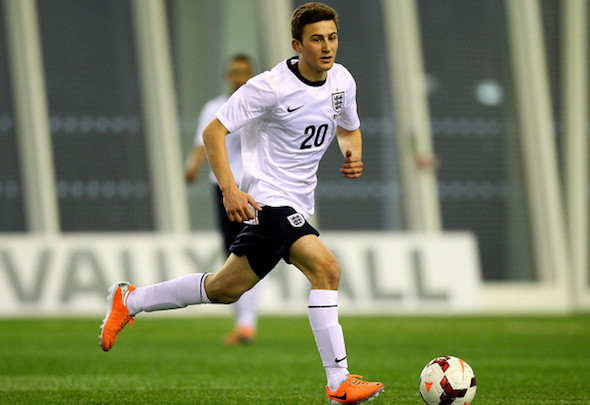 Herbie Kane has signed for Liverpool after finalising the paperwork on a long-term contract, he has revealed.

The highly regarded youngster, who can play in central midfield or attacking midfield, has been a key member of the Liverpool Under-18s this season and has also featured for England Under-18s.

Kane, who joined Liverpool from Bristol City as a 14-year-old, was also a member of the England squad which reached the quarter-finals of last summer’s Under-17 European Championships.

Happy to sign a long term professional contract at Liverpool! Thanks for all the messages??⚽️#LFCpic.twitter.com/QTVvLrc6Tx

The teenager scored 15 goals for Liverpool’s Under-16 and Under-18 sides last season and is regarded as one of the finest young talents in the club’s academy.
Liverpool Under-18s manager Neil Critchley has given a ringing endorsement of Kane.
“Herbie’s got tremendous drive and determination and he gives you everything he’s got in every single training session,” said Critchley. “He’s a delight to work with.”