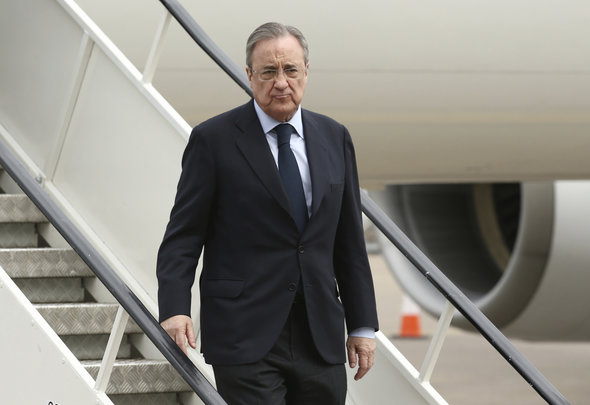 Real Madrid president Florentino Perez is lining up a double swoop for Tottenham stars Harry Kane and Christian Eriksen in the summer in order to spite fierce rivals Barcelona, according to a report.
Spanish publication Don Balon claim on their website that the chief of the Spanish giants has identified the Danish playmaker as an ideal signing to add to the squad, alongside the English striker, and that he hopes to get one over the club’s La Liga counterparts in securing his capture.
It is said that as a result of Barcelona’s interest in Real’s long-term target Toby Alderweireld, if the Catalan side make a move for the Belgian defender then Perez will sanction a move for Eriksen, who has been heavily linked with a move to the Nou Camp, although their interest has waned as a result of signing Philippe Coutinho from Liverpool.
Eriksen, 26, has made 34 appearances across all competitions for Spurs this season, scoring nine goals and chipping in with the same amount of assists.
Football Insider verdict
While Perez may well be interested in a handful of Tottenham’s top stars, there is no chance Daniel Levy is going to let any of them leave without receiving a premium fee, and the chances of a double deal seem incredibly slim. Spurs are on the cusp of the next chapter of the club, with their brand new stadium closing in on completion and Champions League football now an expectation. Kane and Eriksen are two mainstays of the side and are pivotal to future success, and as Tottenham well know from the likes of Gareth Bale, no matte how much money you receive, it can be a difficult task replacing top talents.
In other Tottenham news, Teddy Sheringham has said the club will not need to break the bank to tie down their top star.