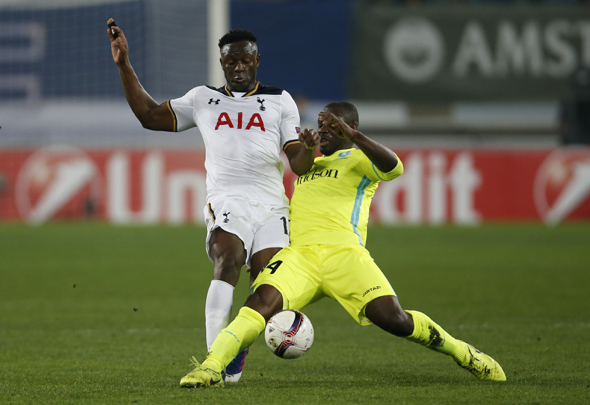 AC Milan are eying a summer move for Tottenham’s Moussa Sissoko, according to a report.

Calciomercato report that the Rossoneri are set to pursue the out-of-sorts Spurs midfielder after he’s failed to find success at Spurs.

The report says that Milan have been monitoring Sissoko, who is said to earn £5million-a-year at White Hart Lane, since his days at Toulouse in France.

Sissoko was also reportedly on the radar of Milan’s two fiercest rivals this season, Inter Milan and Juventus.

He is yet to score for Mauricio Pochettino’s side in 23 appearances during his debut season and he hasn’t started a Premier League game since December.

He made 113 total appearances at Newcastle and enjoyed two good seasons at the club where he contributed with goals and assists. However he was one of many under-performers last year, which ultimately led to the Magpies’ relegation.

The winger enjoyed a brilliant tournament for France at Euro 2016 where he was a key part of the side that reached the final.

Since making his debut for France in 2009, Sissoko has picked up 50 caps for his nation.

One thing that Spurs fans have made clear this season is that they are not happy with the signing of Sissoko in the summer. You could even argue that they didn’t even need to sign him with some decent youngsters who have done equally as much as Sissoko has this season.

The transfer never made any sense and given Tottenham’s recent reputation of signing players like Heung-Min Son, Victor Wanyama and Toby Alderweireld, it’s a surprise that Spurs got it so wrong.

They will eventually look to cut their losses on Sissoko unless his form improves before the end of the season. However after been given plenty of chances to impress already, it’s highly unlikely that he will get another and a move to Italy may well be on the cards.

In other Tottenham news, Pochettino says this 22-year-old is struggling.