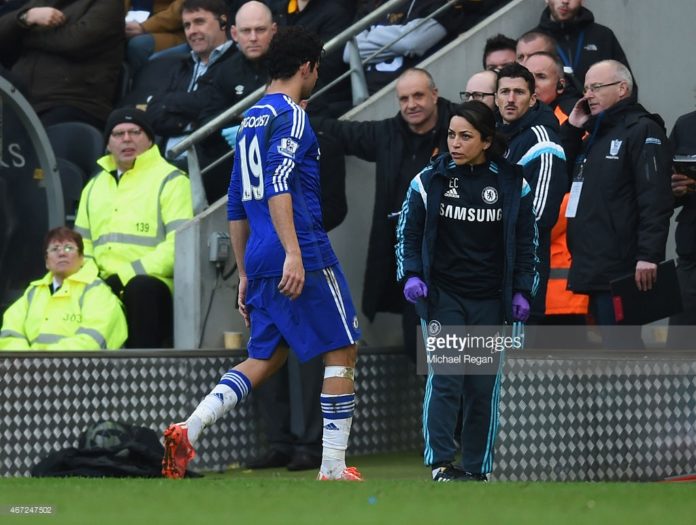 Carneiro has not been since at the club since being criticised by manager Jose Mourinho in the wake of the team’s 2-2 draw against Swansea on 8 August.
Chelsea want the issue resolved before their Champions League campaign begins against Maccabi Tel Aviv at Stamford Bridge next Wednesday.
Mourinho is keen to bring clarity to the structure of his medical team and end the controversy that has circled around the club since Carneiro and first-team physio Jon Fearn were dropped from the bench in light of their controversial treatment of Eden Hazard towards the end of the Swansea match.
Fearn has continued to work at the club but Carneiro has been absent from work for the last month after angering Mourinho by following Fearn on to the pitch to treat Hazard and then infuriating him by her comments on the matter on Facebook.
Sources have told Football Insider that Carneiro has consulted employment lawyers but has yet to instruct them to sue for constructive dismissal.
It is understood that the club’s first-team doctor and assistant medical director wants to return to work, and has emphasised this during discussions with senior officials.
The Carneiro Chelsea row has been a PR disaster for the club, who have been heavily criticised by medical professionals and football governing bodies for their treatment of the Premier League’s only female first-team doctor.