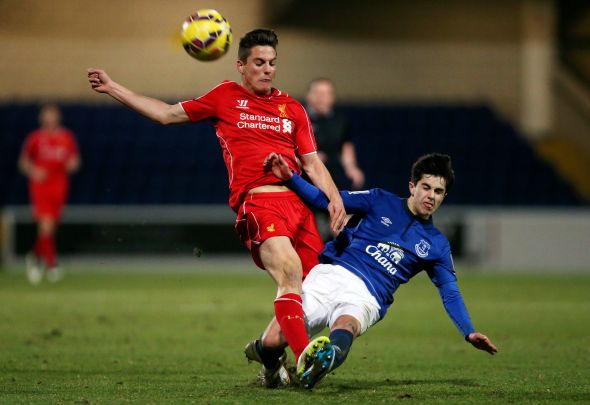 Barnsley are plotting a summer move for Everton starlet Liam Walsh as he continues to shine in the Toffees’ reserve side, according to a report.

The Sun’s transfer expert Alan Nixon claimed in his Sunday column (page 67) that Barnsley were ready to make a summer move to sign Walsh, preferring a permanent deal over a loan.

Walsh, 19, has continued to shine in the middle of the park for David Unsworth’s development side in Premier League 2, and even picked up the February Player of the Month award.

Making 19 appearances in both Premier League 2 and the EFL Trophy, Walsh has had a hand in eight goals. Scoring four times, the Toffees’ number 52 has also conjured up four assists.

Although the two-time England Under-18 international is yet to make a senior appearance for the Toffees, he is highly rated and has Football League experience with Yeovil Town.

With a contract at Goodison Park until the summer of 2019, it remains to be seen if Paul Heckingbottom’s Barnsley can convince both Everton and Walsh to complete a deal that would see the youngster move to Oakwell.

Ronald Koeman’s Everton possess an abundance of talented midfielders. The January signing of Morgan Schneiderlin saw the France international enter direct first-team competition with the likes of James McCarthy, Gareth Barry, Muhamed Besic, Idrissa Gueye and Tom Davies. Although the huge potential of Walsh would see him given a chance at most Premier League clubs in either cup competitions or from the bench, Koeman’s huge midfield options means he should look to engineer a move elsewhere and Barnsley could be the perfect fit for Walsh. Heckingbottom is known for his preference in youth, after seeing the likes of James Bree, Ryan Kent and Adam Armstrong star in his side and that could help Walsh realise his potential.

In other Everton transfer news, the Toffees are set for talks with Preston over the future of this 30-year-old star.