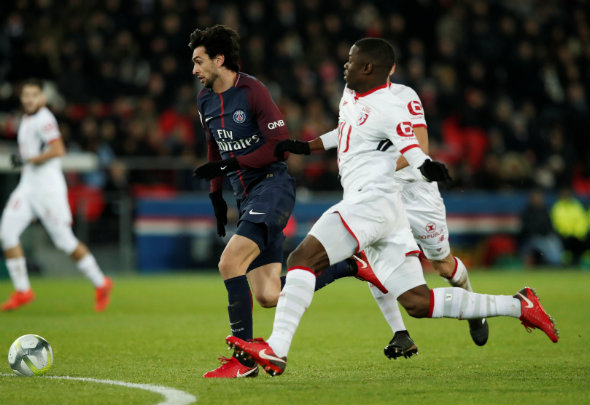 Everton’s director of football has jetted out on a scouting mission to watch Lille enforcer Adama Soumaoro in action against Nice on Wednesday night, according to a report.

The Daily Mail claim that Steve Walsh made the trip to northern France to run the rule over the 25-year-old centre-back, with chief scout Martyn Glover joining him.

It is said that Sam Allardyce is keen to strengthen the spine of his side in January, and also wants to bring in a left-back or left-sided defender.

Soumaoro was reportedly off-colour against Nice, as Lille managed to secure a point with a 1-1 draw.

As previously reported by the Mail, Soumaoro is valued by Lille at more than £20million, and the club hope his sale in January can alleviate their current financial worries.

The enforcer has been hampered by injury this season, with a ruptured Achilles meaning he missed out on Lille’s first 13 Ligue 1 matches.

Everton are obviously keen to bring in some defensive reinforcements in January, having conceded a disappointing 30 goals already this season. Soumaoro has obviously impressed them enough for Steve Walsh to make a personal trip to watch him in action, but unfortunately the enforcer did not have the best of games on Wednesday. That does not mean that the Toffees won’t make an offer for him in January, and the touted £20million or so seems to be a good deal in today’s market. However, they may be better off looking closer to home, and to players that can come in and make an immediate impact in the second half of the season.

In other Everton transfer news, Sam Allardyce has reportedly ruled out a January exit for these two Toffees players.