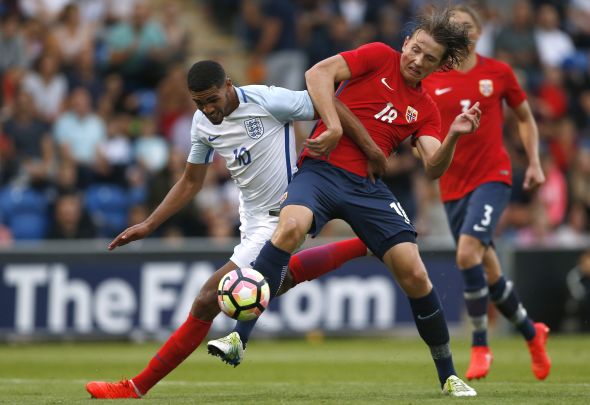 Everton are weighing up a move for Norwegian teenager Sander Berge, according to a report.

Standing at 6ft 3in, Berge is known for his aerial prowess at the heart of the Norwegian side’s midfield,  and the 18-year-old has impressed for Valerenga after breaking into the first team last season.

The Daily Mirror claim that Everton boss Ronald Koeman could make a move for the youngster in January.

Norway is becoming increasingly known for producing impressive young talent, with Real Madrid’s Martin Odegaard moving from the Stromsgodset to the Bernabeu in January 2015 at just 16 years of age.

Berge is currently in the middle of a relegation dogfight with his side, as they sit just three points above the drop zone in Norway’s top-flight.

However, the side has faith in him and Valerenga’s number 23 has played 24 of his side’s 26 games this season, which started in March.

Former Southampton boss Koeman has already added a central midfielder to his inherited squad after taking over in the summer, bringing in Idrissa Gueye from Aston Villa.

Along with Darren Gibson, Muhamed Besic, James McCarthy and Gareth Barry, central midfield competition at Goodison Park is rife and Berge will have his work cut out if a move does materialise.

In other Everton transfer news, Koeman wants this star to sign a new contract amid interest from Manchester United.