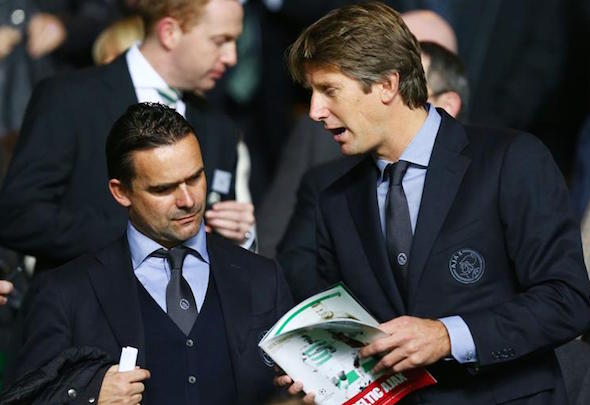 Everton are keen to lure Dutch superstar Marc Overmars to the club this summer, according to a report.

The Merseysiders are aiming to overhaul their recruitment team as they pave the way for the appointment of a new manager.

The Mail on Sunday claim Everton want someone who can take on a technical director role to lead the club in the transfer market.

It is said that Ajax director of football Overmars is in the frame for what would be a newly created post along with Joe Royle, who has a close affinity with the club and has fulfilled a number of roles from player to manager. He also took charge of Everton’s first team alongside David Unsworth for the final match of the season against Norwich.

Everton want stability in senior positions as they search for a new manager to replace Roberto Martinez, who was sacked at the end of the season.

Ex-Arsenal winger Overmars, 43, has developed a sound reputation for astute recruitment at Ajax and has a strong relationship with Frank de Boer who has already spoken to Everton about the vacant manager’s position.

Martinez strongly resisted working with a director of football, as did his predecessor at Goodison, David Moyes.

It is a position that would be new for Everton and would represent a surprise move for a club who have not always been regarded as mould-breakers in recent decades.

All of Martinez’s staff, including assistant Graeme Jones and chief scout Kevin Reeves, have now left the club though Royle, who has been working as Everton’s professional development co-ordinator since 2014, is considered part of the club’s fabric.

In other Everton news, the club are targeting a prolific striker who has scored 24 goals and supplied 12 assists this season.