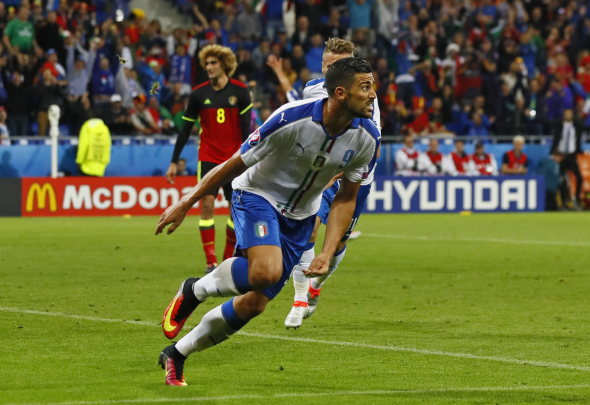 Graziano Pelle wants to make a £13million move to China amid interest from Premier League side Everton, according to a report.

Journalist Darren Lewis revealed on Twitter on Friday afternoon that the Mirror are to report that the Southampton and Italy striker wants to make a  big-money move to China ahead of a switch to another Premier League club.

Chelsea and Serie A champions Juventus have also been credited with a strong interest in the Italy international.

Southampton and Italy striker Graziano Pelle is closing in on a £13million move to China. Player wants the move. More @MirrorFootball

According to the Mirror, Everton manager Ronald Koeman also wants to re-unite with his former player, who he brought to Southampton from Feyenoord two years ago.

The 30-year-old is in demand after scoring 14 goals last term and providing impressive performances for his home country at Euro 2016.

It be a big blow to Koeman to lose out on Pelle, who has been targeted by the new Everton boss ahead of his first campaign at the helm.

Pelle has one-year remaining on his Southampton contract and a move away from St Marys seems imminent as the club are set to lose another star player after the sale of Sadio Mane to Liverpool for £35 million.

In other Everton news, the club has opened talks with a £14 million rated striker to partner Romelu Lukaku for the forthcoming Premier League season.