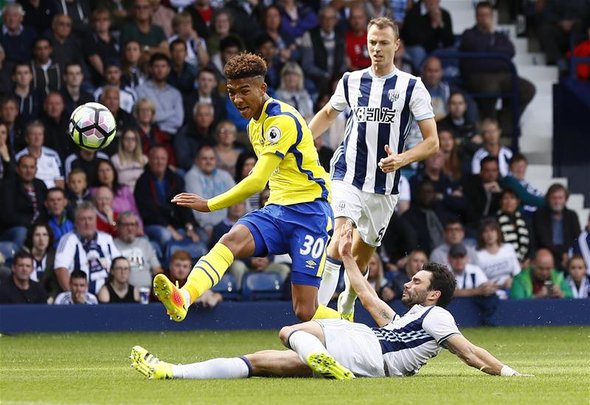 Mason Holgate has earned his first call-up to the England Under-21 side.

Gareth Southgate has named a 24-man squad for the upcoming European Under-21 qualifier against Norway on the FA’s website and included the Everton defender.

? @GarethSouthgate has named a 24-man squad for the upcoming #U21EURO qualifier against Norway in Colchester. pic.twitter.com/x9cqnAcoyA

Holgate, 19, has already featured for England’s under-20 side but has now been promoted, and will join Everton team-mate Brendan Galloway in the squad.

The centre-back has started all three matches so far this season as Ronald Koeman has put his trust in the youngster.

Phil Jagielka told the Echo that his team-mate Holgate has a “massive future” at Goodison Park after impressing in the early season encounters.

Holgate, who can also fill in at right-back, joined Everton from Barnsley last summer on a five-year deal.

His competitive debut was against Tottenham on the opening day of the season after spending last year in the Everton’s under-23 set-up.

Holgate faces tough competition to maintain his place in the Everton side with Jagielka, Ashley Williams, Ramiro Funes Mori and Seamus Coleman providing stuff competition, but he has already made a huge impression at the start of the season.

In other Everton team news, Koeman sent a message to the club’s fans after the Premier League win over West Brom.