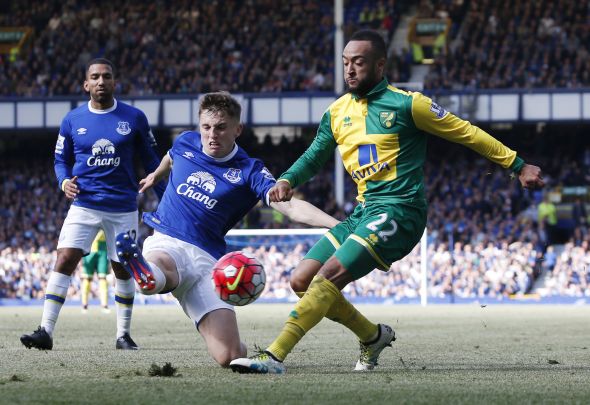 Oxford have revealed they are hoping to bring Everton youngster Jonjoe Kenny back to Kassam Stadium after a successful loan spell.

Kenny, 19, joined Oxford on loan in January, making 17 league appearances as the club finished second to win promotion to League One.

Following that stint, Kenny returned to Goodison Park and made his Premier League debut last month as the Toffees beat Norwich City 3-0.

Regular football with the U’s helped earn Kenny a place in the England squad which will compete at the UEFA European Under 19 Championships next month.

Oxford boss Michael Appleton would love to have Kenny back at the club next season.

“There’s no doubt he did well here,” Appleton told the Oxford Mail. “We’ve got to see that as a positive because we’re a club that’s not just been successful, we’ve developed a lot of players and Jonjoe is one of them.

“Everton think very highly of him. As it stands I get the impression they want him back for pre-season, which I completely understand.

“Whether (signing him) is an option at the start, middle or back end of pre-season, we don’t call the shots on that one.

“Everton are the ones in control and they may even see him being very close around their first team.”

A major factor in Kenny’s short term future may depend on the views of new Everton manager Ronald Koeman, who joined the club just days ago.

In other Everton news, they have made a move for a prolific Premier League striker.