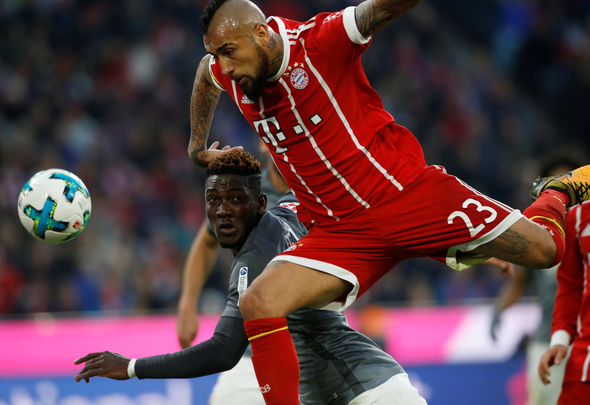 Everton are interested in securing the services of right-back Daniel Opare from Augsberg in January, as the German club attempt to sell him before he’s available for free, according to a report.

The Sun reports that the Toffees would face competition from Stoke City, Watford and host of clubs across Europe including Marseille and Sevilla if they were to make a move for the defender.

Opare’s contract expires at the end of the season and despite Augsberg’s best efforts the defender won’t sign a new deal, so the club are now resigned to getting something for him in January.

The Toffees will be keen to bolster their back line, as they have one of the worst goal difference in the Premier League, and their defence has been shambolic this season.

It is said that Opare would be available for £2.5million which would represent a bargain in the modern market.

He can play on either flank and enjoyed spells at Real Madrid and Porto earlier in his career. He has 18 caps for Ghana.

Opare has featured 11 times for Augsberg this season, so would be ready to instantly slot into Everton’s team in January. The Toffees are in dire need of a change in their defence so a move for a new defender in January makes sense. With the defender’s contract expiring, Everton will be able to agree a reasonable price for the star, making him less of a risk than other targets. The only negative is that with so many other teams interested, the price may get driven up if Augsberg manage to play their cards right.

In other Everton transfer news, the Toffees eye January swoop for goalscorer.