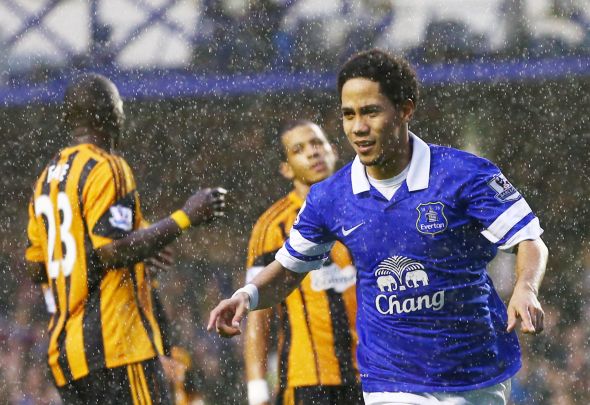 Released Everton midfielder Steven Pienaar is training with Sunderland and former boss David Moyes, according to a report.

Wearside newspaper the Sunderland Echo has reported that the 34-year-old is training under his former Toffees boss at the Black Cats as Moyes looks to strengthen his squad.

Pienaar is looking for a new club after being released by the Merseysiders last month even though he remains a hugely popular player at the club with the fans.

The South Africa international worked under Moyes for five years when the two were at Everton together and it is stated that the Scottish manager is looking for players with some experience of playing in England.

Across all competitions the left-winger has played 229 times for the Toffees, scoring 26 times and supplying an impressive 48 assists.

In other Everton transfer news, the Toffees are one of a number of English clubs keeping close tabs on St Mirren teen sensation Kyle McAllister.