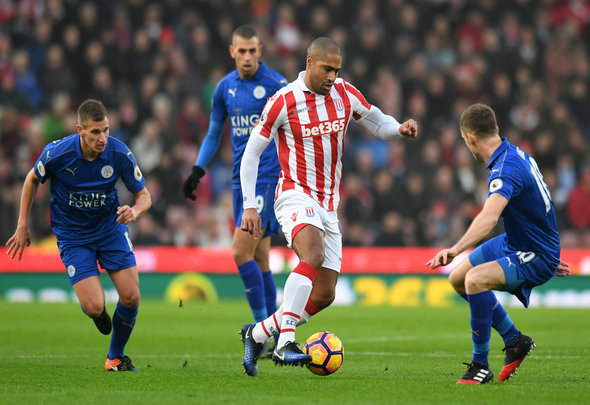 Everton are reportedly considering turning their attention to Leicester forward Islam Slimani – and the club’s supporters have given a mixed response on Twitter.

The Express claim that that the Toffees are trying to sign Arsenal forward Olivier Giroud, but are prepared to look elsewhere if they can not secure a deal.

It is understood that the Merseyside club are chasing a new striker in the window and may pursue a move for the Foxes ace.

Slamni only moved to the King Power Stadium last summer from Sporting Lisbon and endured an average first season in English football, scoring only seven goals in the Premier League.

Everton fans are divided on social media about whether the powerful striker would be a good fit at Goodison Park.

Slimani made 31 appearances across all competitions for Leicester, scoring nine goals and supplying five assists in return.

However, the Algeria international was a long way short of the blistering form he showed at Sporting in the 2015/16 campaign, where he managed 31 goals in 46 games.

Ronald Koeman has been highly active in the transfer market so far, with attackers Wayne Rooney and Sandro Ramirez two of the new arrivals.

Everton are looking to make up for the sale of Romelu Lukaku to Manchester United and physical threat Slimani would offer something different to the club’s current set of forwards.

In other Everton transfer news, they have been installed clear favourites to sign an English forward.