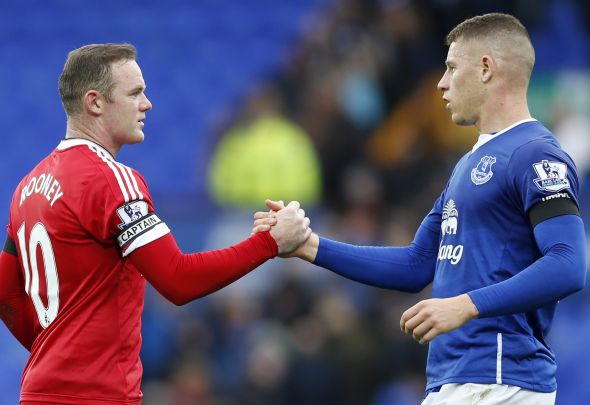 Ronald Koeman has revealed that he would be delighted to bring former Everton star Wayne Rooney back to Goodison Park, and fans on Twitter have said that they would take him back in a heartbeat.

Speaking ahead of the Merseyside club’s Premier League clash against West Ham on Sunday, Sky Sports revealed on their official Twitter account that Koeman would be tempted to sign Rooney if Manchester United decided to sell.

This pleased the vast majority of Toffees supporters, who firmly stated that they would love their former attacker back in the blue shirt.

Rooney has fallen out of favour at Manchester United and with England in recent weeks, as he was dropped by club manager Jose Mourinho and Three Lions boss Gareth Southgate.

Everton fans don’t seem concerned about his dip in form in recent seasons, and believe he would still have three to four good seasons with the club.

This would count as my birthday present, Christmas present, AND Valentine's Day candy. #Rooney #EFC https://t.co/W9o6NvYry7

I'd have #Rooney back to #EFC ~ but would need to happen in the January transfer window. I think he'd play like a man possessed for 3 years.

#Rooney back at @Everton? Yes, in a heartbeat 💙 #efc #COYB

We have Kone & Niasse who, doesn't even have a locker at finch farm. We are going from SuBo to Michelle Keegan if we get Rooney back. #EFC

Would I like Rooney back at Everton? Christ, YES!! He could have 4 and a half top seasons in our starting XI. #EFC

After coming through the ranks at Goodison Park, Rooney made 77 league and cup appearances for the Toffees, scoring 17 goals in just 29 starts before moving to Manchester United in 2004.

In other Everton team news, Michael Owen believes this player will win the points in the Toffees clash with the Hammers on Sunday afternoon.