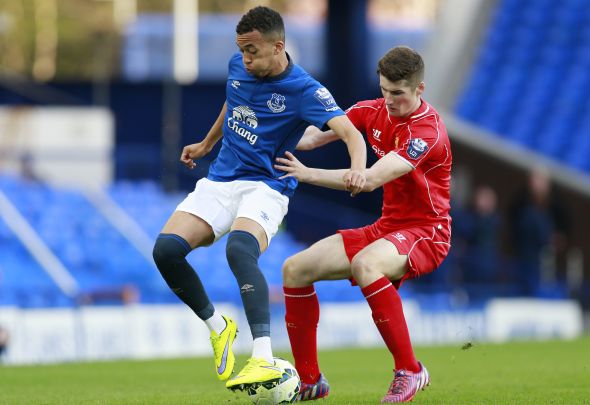 Everton fans have taken to Twitter to express their despair after forward David Henen revealed he is quitting the club.

The Belgian attacker, 22, took to his personal Twitter account on Wednesday afternoon to say his goodbyes to Toffees fans, with the message ‘once a blue, always a blue’ and ‘thank you for everything’.

Capped by Belgium at Under-19 level, Henen initially joined the Blues on loan in the summer of 2014 but made the switch from Olympiacos permanent the following summer.

The youngster played a pivotal role in Everton’s Premier League 2 title success last term and Under-23s’ boss David Unsworth has described the forward as being “absolutely fantastic” in the past couple of seasons.

But Henen is out of contract next month and made it clear that he is heading on to pastures new.

Everton fans are disappointed that the 6ft 1in left winger has not been tied down to a new contract, with comments including ‘gutted’ and ‘what happened’.

Appalled David Henen is being allowed to leave. Could easily bag us 20+ goals a season.

Gutted about this I’m not gonna lie ???? all the best fella

We wish you nothing but the best!

Good luck mate. Gutted we didn’t get to see u in the first team. Hope u make it

All the best David, best of luck for the future, pity we didn’t see more of you… tell us, is that gravy gurgling, Mallet Head Allardyce getting the boot or what????

All the best in the future where ever end up david. Pity you never got your chance. Great talent

Bounce back David. Good luck for the future

Unfortunate that we didn’t get to see you in the first team. Good luck in the future ????