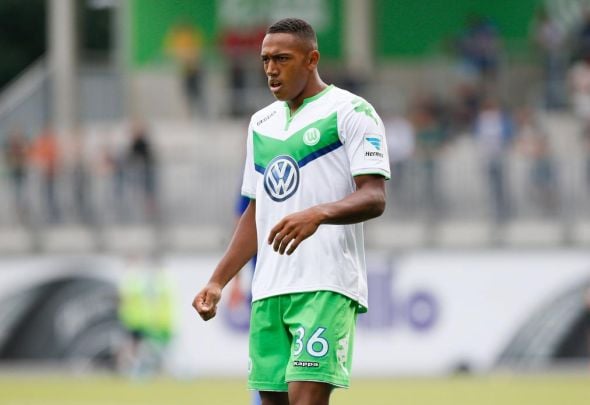 Everton announced the signing of winger Anton Donkor on Wednesday morning, but Toffees fans are yet to have reached an agreement on the addition on Twitter.

The 19-year-old wideman agreed a loan to the Premier League from Bundesliga outfit Wolfsburg and it is said that the German will now join the Everton Under-23s team lead by David Unsworth.

The youngster rose to fame in the Wolfsburg Under-19s side, where he’s played 56 times, scoring 23 goals and supplying 18 assists.

However, with no senior appearances to his name some Everton fans are not sure who he actually is, while others were disappointed with a loan signing of a relatively unknown player in January.

But, some supporters were excited by the addition of another young player to the team and one stated the influence that Steve Walsh had in bringing the player in.

nice very random but welcome, let's hope Gibson is now on his way out

makes no sense this. Its basically football work experience and a 5 month placement

any option to buy at the end???

Who is Anton Donkor??? Just signed for Everton on loan from Wolfsburg, 🤔🤔🤔

Ronald Koeman has looked to blood a number of young players into the Everton senior team this season, something he was criticised for at Southampton.

Fans will now be hoping Donkor can follow in the footsteps of the likes of Mason Holgate, Tom Davies, Dominic Calvert-Lewin and Ademola Lookman in making the step up.

In other Everton transfer news, the Toffees have fielded approaches for a midfielder and left-back.