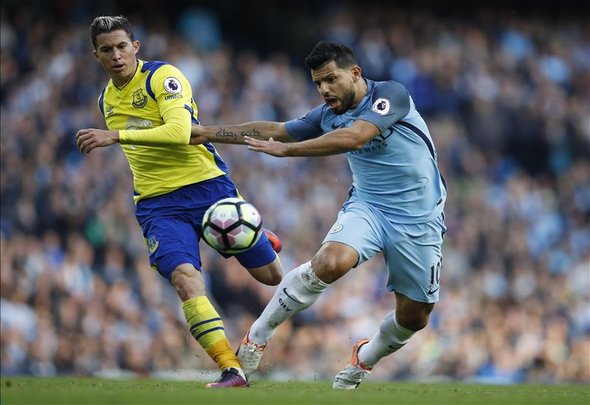 Bryan Oviedo claims that the Everton squad is full of quality players, in particular he highlighted the strength of the defenders.

Ronald Koeman has enjoyed a positive start since his summer appointment as manager and the Toffees are currently sixth-placed in the Premier League.

The Merseyside club have drastically improved defensively and have the second best record in the league, with just six goals conceded from their opening eight matches.

Summer recruits Maarten Stekelenburg and Ashley Williams have turned out to be fantastic additions, with the experienced pair steadying a defence that conceded 55 goals in the league last campaign.

Oviedo, 26, has been called into the starting XI in the last three games to replace the injured Leighton Baines.

The Costa Rican international believes that the Everton squad is very competitive and they will only keep improving.

“We have very good quality at the moment, I think we have strong defenders,” Oviedo said, as quoted by the club’s official Twitter account. “We need to improve of course because it is the beginning and we need to start improving every game.”

🎥 | @Bryan_Oviedo enjoying being a part of a strong Everton squad but is always looking to improve. #EFC pic.twitter.com/AWn7k24Jpc

Oviedo has acted as an understudy to regular left-back Baines since he moved to Goodison Park.

The full-back has made four appearances this season and is hoping to grab his opportunity by impressing Koeman.

He has made 65 senior appearances for the Merseyside club, scoring two goals and supplying nine assists.

In other Everton team news, Ronald Koeman has hinted at Ross Barkley’s role ahead of the Burnely clash.