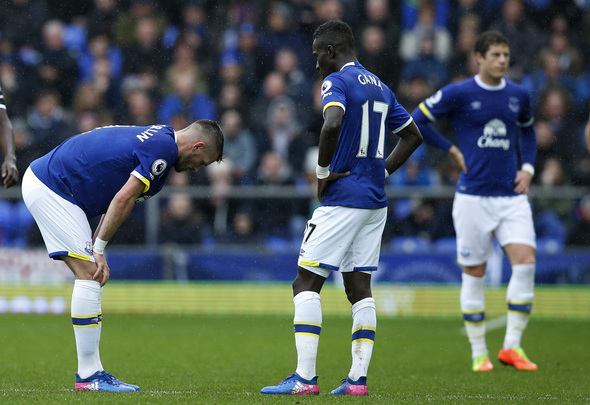 The key midfielder was substituted off in the 30th minute of his side’s 4-0 hammering of Hull on Saturday.

Crucial fixtures against Merseyside rivals Liverpool and Manchester United lie ahead for the Toffees and Schneiderlin may have to watch on from the sidelines in those two season-defining matches.

Koeman has confirmed that he is unsure of the severity of the injury and the France international is set for a scan on Sunday.

“We need to make a scan tomorrow, it’s his calf,” said the Dutchman, as quoted by Everton’s official website. “I’m a little bit worried he might be out for several weeks but we need to wait until tomorrow [Sunday].”

Dominic Calvert-Lewin had put the Merseyside club ahead before Schneiderlin was forced off the pitch.

Tom Huddlestone was shown a straight red for the away side before Enner Valencia and a customary Romelu Lukaku brace rounded off the rout.

Schneiderlin has played in all of Everton’s matches since he arrived at Goodison Park from Manchester Untied in January.

He cost the Toffees a potential £24million for his winter switch and has played in nine games for the club, losing just one.

The midfield powerhouse struggled for game time at Old Trafford and only made 47 appearances in all competitions for United.

Before his move to the three-time European champions, Schneiderlin made over 250 appearances for Southampton and he helped them rise from League One to the Premier League.

In other Everton news, fans have reacted to the display of Calvert-Lewin against Hull.