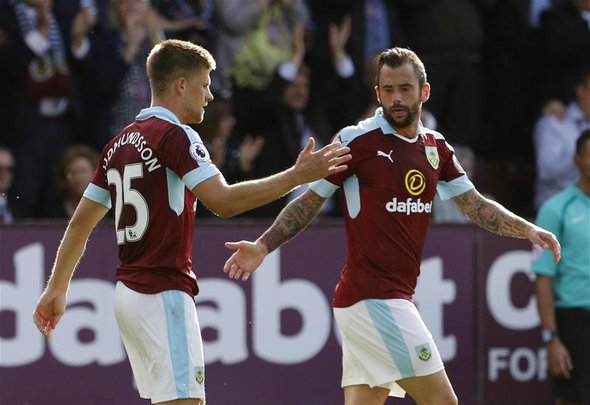 Burnley midfielder Steven Defour has been ruled out of their match against Everton.

Manager Sean Dyche has confirmed that the 28-year-old will miss the Premier League fixture and is yet to recover from his hamstring injury, as cited by the club’s official website.

Defour moved to Turf Moor in the summer for a club-record £8million fee and has made a strong impact.

The central midfielder has made seven Premier League appearances for Burnley, scoring one goal and supplying three assists.

He left Belgian side Anderlecht in the summer and has settled well in his first taste of English football.

Defour is regarded as one of the club’s best hopes of staying in the Premier League so his absence will be a major blow, with Burnley currently 14th in the league, just a point above the relegation zone.

Everton will be pleased with the omission of Defour and will be hopeful of continuing their strong start to the season.

The Toffees are currently sixth-placed in the league and just four points adrift of league leaders Manchester, who they picked up a 1-1 away draw against in their last match.

Gareth Barry and Idrissa Gueye will be expected to retain their places against Burnley and would have hoped to nullify the threat of Defour in midfield.

Everton boss Ronald Koeman could already be set to make a tactical switch, having hinted that Ross Barkley could be recalled to the starting XI.

In other Everton news, Ronald Koeman has given his Twitter verdict on the club’s summer signing after his stunning start.