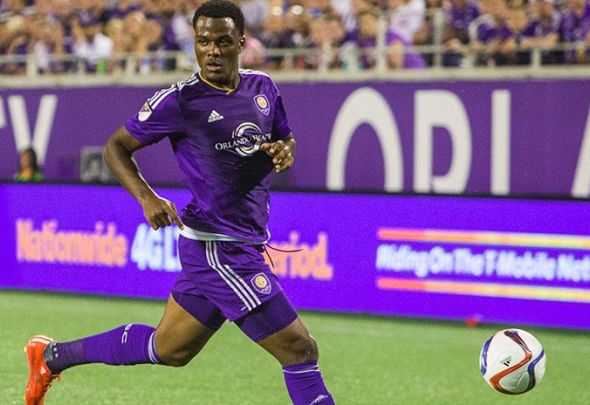 Everton are plotting a summer swoop for MLS goalscoring sensation Cyle Larin as a replacement for Romelu Lukaku, according to a report.

The Sun claim that Everton are resigned to losing their star goalscorer this summer after he snubbed a new contract, and have identified Larin as a suitable replacement.

Larin, 21, has been ripping up the American league with Orlando City, netting 34 league goals for the club since his arrival in January 2015.

The Canadian centre forward already has three goals from just two appearances in the new season, and Everton are believed to see him as a suitable heir to Lukaku’s throne.

It was further reported that Everton have sent scouts to monitor the performances of Larin, who could be available for as little as £2million this summer.

A number of European sides have also shown an interest in signing the in-form Orlando City forward, including Scottish giants Celtic, as well as Portuguese duo Benfica and Sporting Lisbon.

Championship duo Brighton and Nottingham Forest are also said to be keen.

While Lukaku’s contract snub could have major ramifications for his Everton future, it does not guarantee him a move away from Goodison Park this summer. There is substantial interest in his services, but Everton’s reported asking-price is likely to prove to be a stumbling block for a number of sides. Nevertheless, Everton have prepared for life without their star man, and they have been quick to identify Larin. He has done exceptionally well during his time at Orlando, but a move to a Premier League club of Everton’s stature could present a host of problems for him. He has the goalscoring record that Everton will be looking for, not to mention a low £2million valuation, but it remains to be seen if he has the adaptability and the temperament to succeed in the PL.

In other Everton transfer news, the Toffees have entered the race for this £30million-rated defender.