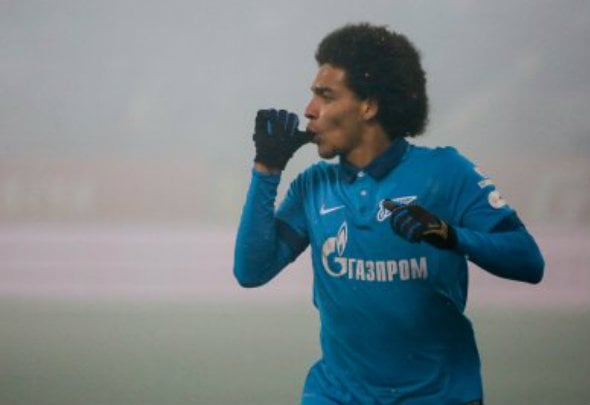 Everton are now in pole position to sign Axel Witsel after it emerged that the midfielder is moving “further away” from a move to Italian giants Napoli.

The Merseyside club have held talks with Zenit St Petersburg about a £30million deal for the midfielder as well as paying him a £100,000-a-week wage.

However, Everton have not yet finalised a deal as the midfielder is said to have misgivings because of the absence of European football at Goodison Park next season.

It appears Napoli are now of the running to sign the 27-year-old Belgium international.

“The offer wasn’t really given a lot of consideration. Everton might even go above €4m (3.4million) net in salary.

“If you look at the financial aspect, that’s the right move, but in terms of career I’d choose Napoli every time, even putting the Champions League to one side.

“I don’t know exactly what the situation is, in my opinion he wants to take his time because he’s not yet convinced about what to do.

“He can either accept the English club or wait for an even bigger club.”

The Russian-based player was with the Belgium squad until last week, when they were knocked out of Euro 2016 by Wales.

In other Everton news, Toffees striker Romelu Lukaku is set to perform a dramatic U-turn and commit his future to the club.