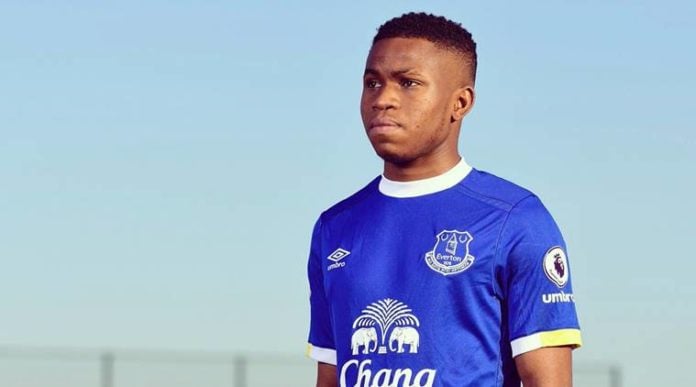 Everton’s new signing Ademola Lookman has said he is ready for the challenge of the Premier League and is looking forward to developing as a player under Ronald Koeman.

The 19-year-old winger signed for the club on Wednesday and he has pledged his long-term future in a four-and-a-half year deal with Everton following his switch from Charlton.

Lookman already has a lot of experience after making the breakthrough at Charlton and admitted he is “ready” to take the step up to the English top flight. He believes Koeman will make him a better player due to his expertise as a tactician.

“The club has a big history and I’m also looking forward to working with the manager, who has a great reputation for developing young players,” Lookman told the club’s official website.

“The manager can help me to develop all aspects of my game, but especially the tactical side of things. I can’t wait to tackle the Premier League. It was good to experience the Championship but I feel like I’m ready now.”

Lookman became Everton’s first January signing and although the club failed to release the amount they paid for him, BBC Sport are claiming the 19-year-old’s fee could rise to as much as £11million.

The exciting youngster scored 12 goals in 49 appearances with Charlton and has spent the first half of the 2016-17 campaign playing in League One following their relegation from the Championship last season.

He made 24 appearances in his first senior season with Charlton and has already played in 25 games in 2016-17 so he has lots of experience despite his young age.

Everton hope he will prove to be a valuable replacement for Yannick Bolasie who suffered a season-ending injury in November.

In other Everton news, Koeman must start this player against Leicester.