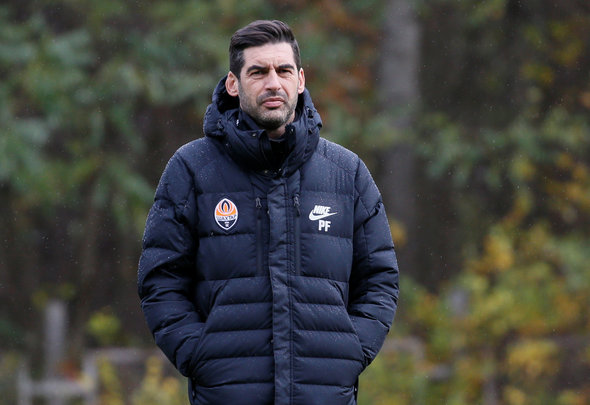 Everton are in the hunt to bring Portuguese manager Paulo Fonseca and PSV Eindhoven sporting director Marcel Brands to Goodison Park this summer, according to a report.
The Daily Mail suggests that if results do not improve under current boss Sam Allardyce, the board will look to bring in the former Porto centre-back as manager.
Big Sam was given an 18-month deal with the Toffees following Ronald Koeman’s sacking back in October and despite an instant revival under the former England manager, their form prior to the Crystal Palace victory on Saturday had been woeful.
It is not the first time that Fonseca has been linked with the managerial position at Everton.
Only back in November, Football Insider exclusively revealed that the 44-year-old turned down the vacant Toffees hot seat in order to concentrate on his side’s progression in the Champions League, but is out of contract with Donetsk at the end of the season.
Having managed previously at Porto after spending a number of years as a player there, Fonseca has gone from strength to strength in management and was the named coach of the year in 2016/17 in Ukraine’s top-flight.
The Daily Mail understands that Farhad Moshiri is frustrated by the lack of improvement this campaign after an outlay of £239million on the squad and in particular with the £27m shelled out on Cenk Tosun who was an unused substitute on Saturday.
And the report says the whole management structure could be set for a revamp with Steve Walsh, head of recruitment at Goodison Park, said to be under pressure, with PSV Eindhoven sporting director Marcel Brands set for a role.
Everton have moved up to ninth in the Premier League table following the win which also gives them a nine-point gap from the relegation zone.
In other Everton news, Danny Murphy raves about one player in 3-1 win who had ‘Point to prove.’