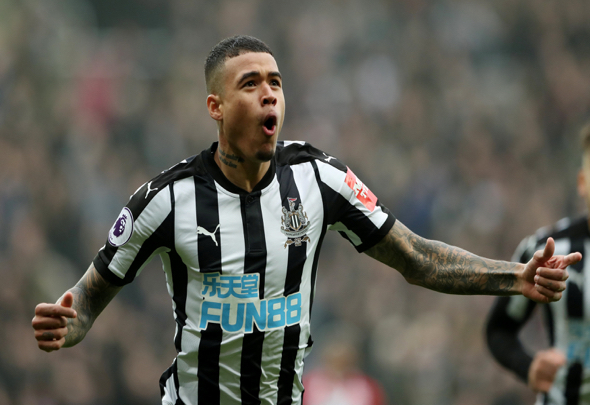 Everton have a severe weakness on the left side of their squad and it is something that director of football Steve Walsh must address in the summer.

To solve this problem area, the Toffees must hijack Newcastle United’s bid to sign Kenedy on a permanent deal in the summer after he hit the ground running on Tyneside since joining on loan in January.

The Mirror has reported that the Magpies will try to lure Kenedy, 22, to signing a deal with the club when his loan ends, but it will leave Rafa Benitez having to find £15million to spend.

That is a lot of money for Newcastle, who have been impeded by Mike Ashley’s lack of financial backing since returning to the Premier League.

For Everton though it would be merely a drop in the ocean and Kenedy would represent somewhat of a bargain given the dazzling form he has found himself on Tyneside.

The Brazlian flyer, who can play at left-back and on the left wing, scored two goals at the weekend in a 3-0 win over Southampton to help ease fears of a potential relegation for Newcastle.

He has made six appearances in all competitions since arriving in the North-East and will surely continue to play week in, week out until the end of his loan deal.

That is when Everton must strike and steal Kenedy away from under Newcastle’s noses.