Everton have opened talks with Preston North End to secure the permanent transfer of Aiden McGeady, according to a report.

The Sun claim the Championship club want to sign the Republic of Ireland winger, 31, on a full-time deal after a successful season-long loan.

McGeady joined Preston in a deadline-day deal last summer and has impressed so much he won the Sir Tom Finney Player of the Year award.

The Republic of Ireland midfielder has made 33 appearances for the Lancashire-based side this season, which have yielded eights goals and eight assists, all of which have come from 32 league matches.

He is contracted to Everton until the summer of 2018 and is due to return to his parent club at the end of this campaign.

But it now appears that McGeady may have played the last of his 43 matches for the Premier League big hitters.

The left-winger’s pedigree is evident from the fact that he has also made 87 appearances for the Republic of Ireland.

In other Everton transfer news, Newcastle are trying to hijack their signing of a proven Premier League ace just when the deal appeared to be done.

‘I talked to someone who knows him well’ – Exclusive: Pundit reacts to huge Everton news 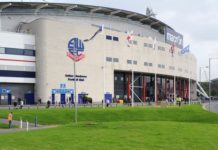