Duncan Ferguson is “Mr Everton” but does not have what it takes to manage the club after their “amazing” stadium update this week.

That is according to ex-Premier League star Kevin Phillips, speaking exclusively to Football Insider after Ferguson showed his passion following Everton’s historic 2-0 victory over Liverpool on Saturday.

The assistant manager was overjoyed after the Toffees secured a first Anfield win in the 21st century and celebrated with gusto upon the full-time whistle. 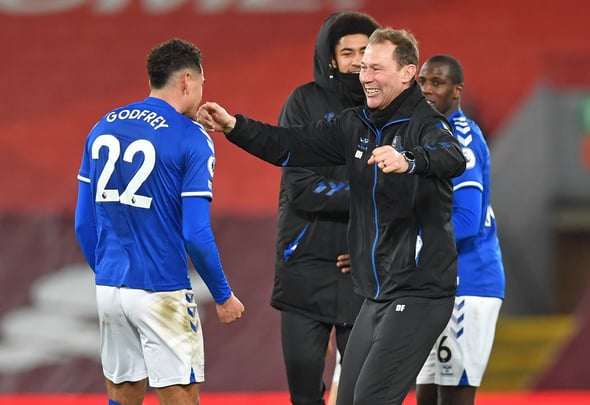 The 49-year-old played for Everton 256 times in his career and has been on the senior coaching staff since 2014, briefly acting as interim manager in 2019.

The win came shortly before Everton plans for a new 52,000-seater stadium were unanimously approved by city councillors.

“He’ll always be there, in my opinion. He’s Mr Everton. We saw his passion when he did take over briefly.

“But with Everton, there’s the new stadium, which looks amazing. No disregard to Duncan because he’s a top man, but if they really want to push on I think he would always be better as a number two or that coach who is in the background as a link between the players and the manager.

“They all respect him, as does everyone in the game. I think Everton have aspirations of being a top club and to be a top club you need a Ancelotti, Mourinho or Guardiola to be able to challenge in Europe.

“Everton are certainly headed in the right direction and Duncan will be a major part of that. But do I see him being the manager? No, I don’t.

“I can see him being caretaker if Ancelotti was to be sacked, that’s a no-brainer. But permanent number one? Probably not.” 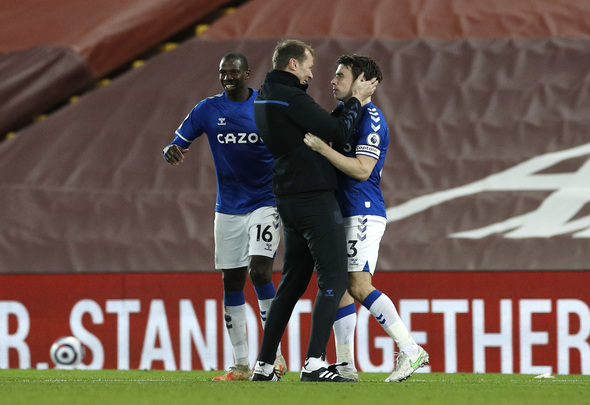 The win at Anfield was secured by goals from Richarlison and Gylfi Sigurdsson and moved Everton onto the same points total as Liverpool with a game in hand.

The Toffees are aiming for a top-four finish and a first Champions League campaign since 2005.

In other news, a top pundit claims Everton have a top-class replacement for Seamus Coleman in the crosshairs.