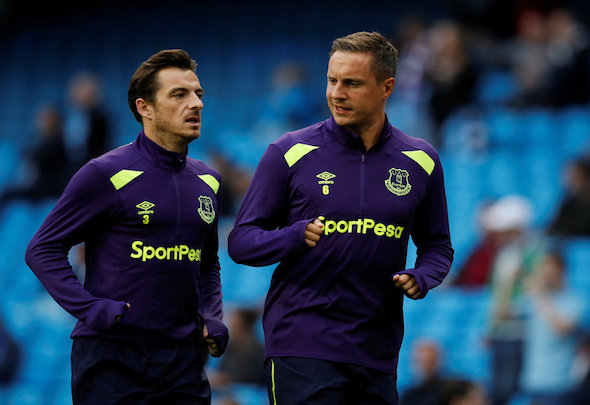 Everton have been given a huge boost as club captain Phil Jagielka has confirmed that he is likely to be fit ahead of the weekend’s Premier League match.

The Toffees travel to the Amex Stadium to face newly-promoted Brighton on Sunday afternoon and the 35-year-old has admitted that he is working hard to make himself available for the game.

“The injury is all good now,” he told the club’s official website.

“The Burnley game came a day or two too early, but with the international break, hopefully training will go well and I will be pushing for selection.”

The central defender has been suffering from a hamstring injury which ruled him out of the back-to-back home league matches against Bournemouth and Burnley.

Although the Englishman has struggled to find consistency at the start of the campaign, his return from injury will be a boost for Ronald Koeman as Jagielka can use his experienced to help the team get back to winning ways.

The Toffees have only picked up two Premier League victories this season, conceding a total of 12 goals in the process.

Koeman’s side currently find themselves in 17th position in the league table and just one point off the relegation zone.

After travelling to Brighton, Everton then face two tricky matches against Arsenal and Leicester City in the league.

In other Everton news, this proven Premier League performer has confirmed that he almost signed for the Toffees in the summer.