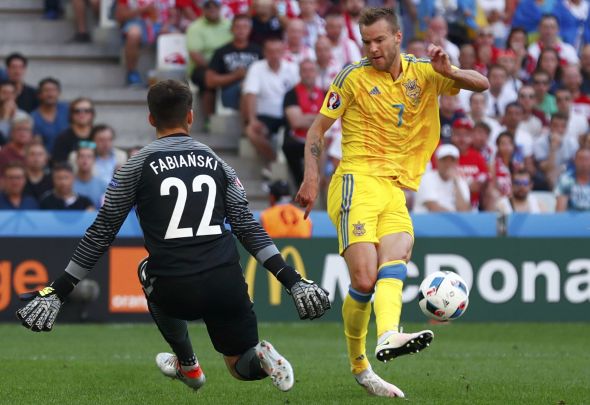 According to Dynamo Kiev President Ihor Surkis, the Toffees moved too late in the summer transfer window to sign the Ukraine international.

The Daily Mail revealed back in May 2016 that the now 27-year-old winger would be available for around £25million, as he continues to ply his trade for the Euro giants.

Ronald Koeman should look to reignite the club’s interest in the exciting winger, after £30million signing Yannick Bolasie was ruled out until the end of the season.

Spaniard Gerard Deulofeu joins Aaron Lennon and Kevin Mirallas in providing cover on the flanks, while Enner Valencia continues to be used out of position while on loan from West Ham.

With former Barcelona ace Deulofeu the subject of loan interest from Serie A giants AC Milan according to Sky, Koeman could be left with little to choose from out wide.

Former Leeds winger Lennon has failed to find the back of the net this season for the Toffees in the league, while Mirallas has provided just two assists in his 20 league and cup outings.

By contrast, Yarmolenko has been in stunning form for his boyhood club this season, after being involved in nine of his side’s strikes in 19 games and would give Everton a huge boost.

Scoring five of those nine goals himself, Yarmolenko has shown the creative nous missing from Everton’s side to create a further four strikes. Three of those assists have come in the Champions League.

Although pricey, Everton are more than capable meeting Yarmolenko’s valuation with owner Farhad Moshiri likely to open his chequebook once again this month.

In other Everton transfer news, the Toffees are set to pursue this international duo.