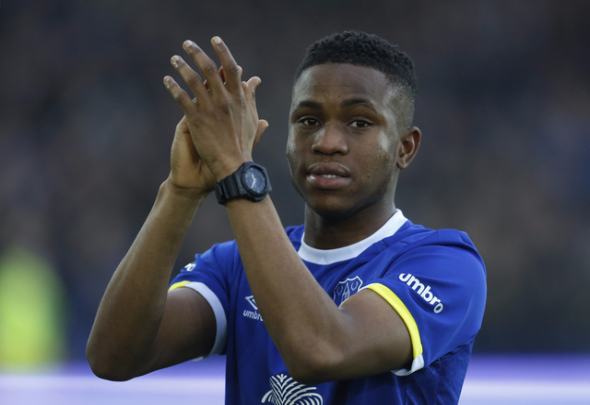 The 19-year-old wonderkid has burst onto the Premier League scene for the Toffees following his move from Charlton, becoming an instant first-team regular.

But Koeman has admitted he is not surprised at Lookman’s instant impact, revealing to the club’s official website on Wednesday that the England Under-20 international is the ‘future of the club’.

He said: “I’m not surprised because I am watching him in training every day. He now knows what intensity he is up against and the quality of the players around him.

“It’s a big challenge for Ademola but he is doing well. He is the future of the club. He’s a big, big talent who is working hard to improve, like everybody.

“Ademola is a good example in that if you are good enough you will play, and there are others here like him who will get their chance if they keep working hard.”

Lookman’s seamless transition from life in League One with Charlton to the Premier League saw him net his first goal for the club less than four minutes into his debut – a 4-0 victory over Manchester City.

He has since started twice for the club, putting in impressive displays in the 6-3 victory over Bournemouth, and the goalless draw with Middlesbrough.

Prior to his move to Everton last month, Lookman contributed seven goals and two assists for Charlton in all competitions this season.

Everton boss Koeman is blessed with a large number of upcoming young talent in the first-team squad, having also introduced Dominic Calvert-Lewin, Mason Holgate and Tom Davies, alongside Lookman this season.

The quartet have already become fan favourites at Goodison Park, and their performances in the first-team this season make for a bright future for the club.

In other Everton news, here are three reasons why Everton should forget signing this £12million attacker.