Everton are set to lose out to Premier League rivals Bournemouth for young Sheffield United goalkeeper Aaron Ramsdale, according to a report.

News outlet HITC has claimed that the Cherries are determined to win the race for the 18-year-old shot stopper’s signature.

The report states that the Toffees had a bid rejected for the emerging ace earlier this window.

However, the south coast side are believed to have moved quickly on deadline-day to jump ahead of Ronald Koeman’s side.

It is said that a number of top flight clubs have been tracking the England Under-19s signature, but Bournemouth are the team to have met the Yorkshire club’s asking price.

Ramsdale broke into the Blades’ senior team earlier this season, marking his debut in a 6-0 FA Cup victory in November.

He has since made just one more appearance for the first team which saw a very different result as his side 3-2 against League One rivals Bolton in the FA Cup.

He is thought of as a bright prospect for the future and both Everton and Bournemouth currently have ageing number ones in Artur Boruc and Maarten Stekelenburg respectively.

Everton have suffered a huge blow with this one, it is thought. Ramsdale is currently one of the brightest young prospects in England for his position and many are sure that he will go on to have a successful career. He could have been a big asset for the Merseyside club in the future, but now it is looking as though Everton may be wondering ‘what if’ in a few years time. Additionally, it is felt that Everton don’t just need a young up and coming goalkeeper, but they also need a senior man to replace the likes of Stekelenburg and Joel Robles if they are to progress.

In other Everton transfer news, this Toffees striker has given verdict on deadline-day destination. 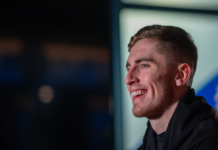