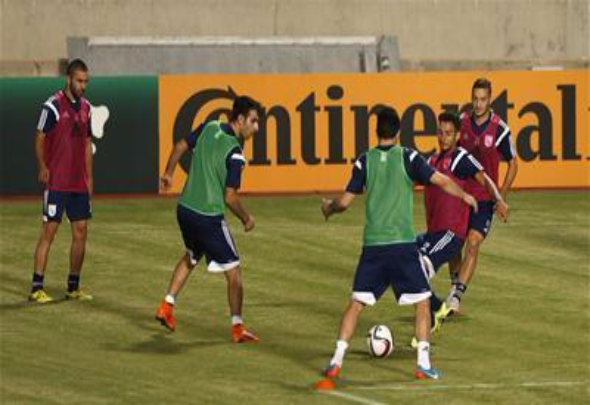 Everton and Manchester United are on the trail of Juventus midfielder Grigoris Kastanos, according to a report.

Italian publication Juve News has claimed that the two Premier League sides are monitoring the 18-year-old, who has a fixed price of £17million.

It is said that Manchester United have recorded concrete interest in the youngster in the past few hours, but the Toffees are also closely following the teenager.

Kastanos joined the Serie A giants from Cypriot side Enosis Neon Paralimni in January 2014.

He is yet to make his senior debut for the Italian side, but he had scored both goals in a 2-1 win against Manchester City in the 2015 UEFA Youth League.

The young midfielder has also won three caps in the senior Cyprus team.

The Premier League has only seen two players from Kastanos’ nation in the league’s history with Alexis Nicolas from Chelsea and Nikodimos Papavasiliou of Newcastle.

Since Ronald Koeman took charge of the Toffees during the summer, he has added a number of young players, including Dominic Calvert-Lewin, Chris Renshaw and Nathan Baxter.

The Dutch manager may also be looking to add a younger player to his midfield with 35-year-old Gareth Barry currently a mainstay in his midfield.

In other Everton transfer news, Robbie Savage has revealed on Twitter that he regrets not joining the Toffees during his playing career.