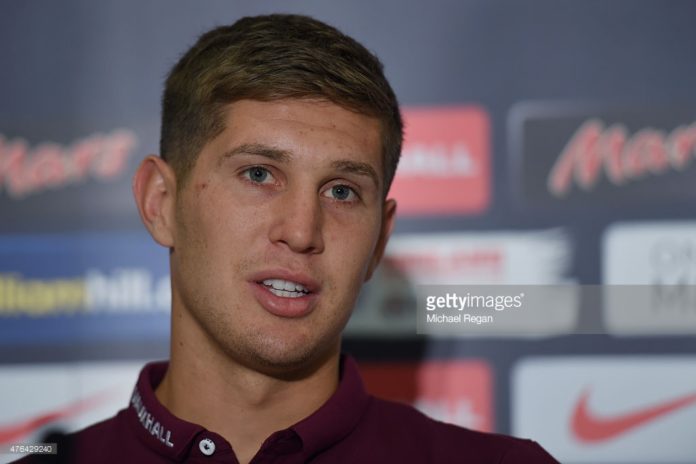 The latest offer from the Londoners of £30million followed two earlier bids and demonstrates Jose Mourinho’s desire to sign the 21-year-old centre-back.
Everton manager Roberto Martinez has insisted that the England international will not be sold but it is understood they will relent if they receive an offer that comes close to their £40m valuation of Stones.
Football Insider revealed on Monday that the Merseyside club have made an approach for Swansea defender Ashley Williams as they prepare for the possible exit of Stones.
The 30-year-old Wales and Swansea captain has three more years remaining on his contract and is rated at the £5million mark by the Welsh outfit.
Everton’s pursuit of the centre-back follows Jose Mourinho’s shock decision to substitute John Terry at half-time of Chelsea’s 3-0 defeat at Manchester City on Sunday.
Chelsea have been encouraged by Stones’ private stance that he is attracted by the idea of moving to west London, in stark contrast to him being quoted as saying he does not want to leave Goodison Park.
The Londoners have identified Stones as the long-term successor to Terry and remain determined to make him the most expensive English defender in history. The current record is the £30 million that Manchester United paid Leeds United for Rio Ferdinand in 2002.
Football Insider revealed in June that Chelsea had made an enquiry for the centre-back, who is widely regarded as a future cornerstone of the national team.
Terry signed a one-year contract extension at the end of last season but turns 35 in December and is in the twilight of his career. Mourinho’s public condemnation of Terry’s performance against City has been interpreted in some quarters as a signal to the Chelsea board to make a stronger push for the Everton man.

Stones has attracted attention for his polished displays for Everton since joining from Barnsley in a £3m move in January 2013, aged 18.
With four years remaining on his contract, the Merseysiders do not want to lose a player who has developed rapidly during his 15 months in the first team.
But they have begun identifying alternatives, who include Manchester United’s Jonny Evans in addition to Williams.
If you feel like making some extra cash then grab yourself a £200 bonus from our trusted betting partner by clicking here: http://bit.ly/£200FreeBonus