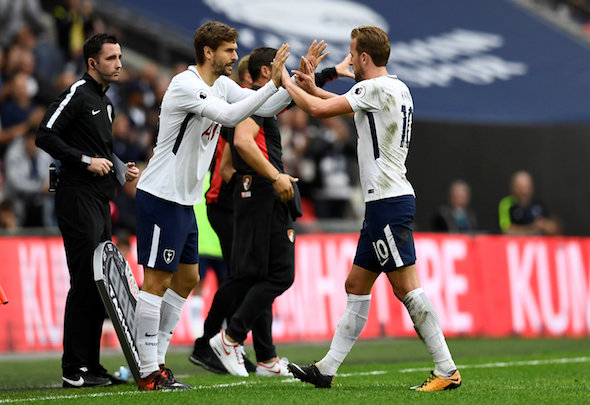 Kane, 24, has been sensational for the North London club during the early stages of the new season and Spurs will be looking at him to perform once more on Tuesday night when they take on Madrid at the Bernabeu.

Although the striker failed to score a single Premier League goal in month of August, he has produced some outstanding performers, contributing with a total of 11 goals in all competitions.

Speaking to Spanish publication Marca, Llorente admitted that he has been blown away by his new striking teammate.

“We have very good players, capable of playing very good football,” he said.

“With Harry Kane, everything he touches turns to gold. And he is very well protected.”

The England international notched up his first ever Champions League hat-trick in the 3-0 victory over Apoel Nicosia last month, taking his tally in the competition to five this season.

Llorente is set to start on the substitutes bench for the huge midweek clash as he is still in search for his first goal for Spurs since his deadline day move from Swansea City.

The Spaniard has only managed to notch up four Champions League goals throughout his footballing career.