Leeds United sent out a “major statement” by protesting the European Super League proposal against Liverpool, according to Alex McLeish.

The former Premier League boss, speaking exclusively to Football Insider, claimed the Whites echoed the sentiments of supporters worldwide with their t-shirts and banners at Elland Road.

As reported by Sky Sports, both Manchester City and Chelsea have sensationally decided to withdraw from the Super League just two days after announcing their involvement.

BREAKING: Manchester City have told organisers that they do not wish to be part of the Super League.

Leeds wore t-shirts with the slogan ‘Earn It. Football is for the fans.’ in their pre-match warm-up on Monday night.

They also erected a banner bearing the same message for the 1-1 draw at Elland Road.

Liverpool were among six Premier League clubs who announced their involvement in the Super League project.

However, it appears as though the plans are in tatters after the widespread backlash.

“You know, Bielsa is definitely a man of the people and he has great respect for supporters, as we do all over the world. We know, for us, the game’s not the same without the supporters.

“It’s a worldwide stance, I feel, and Leeds have made their little contribution. Not little but it is a big statement. 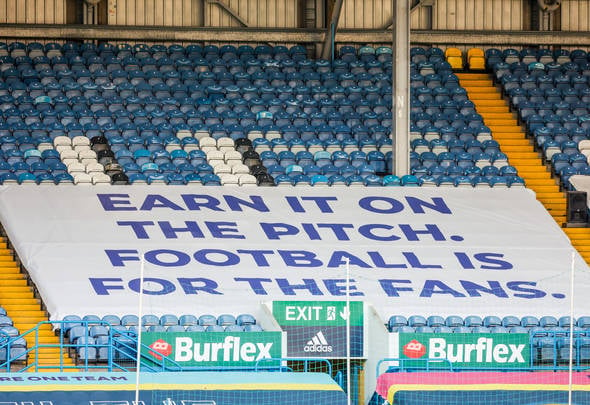 “In the grand scheme of things, when everybody unites against it, it’s going to be even an even bigger statement.”

Manchester United, Arsenal and Tottenham were the other English clubs involved in the Super League plans.