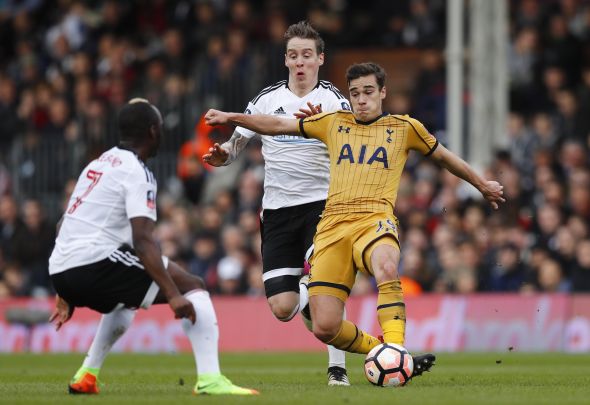 Former Tottenham academy product Emmanuel Sonupe has revealed that Harry Winks was always the standout player growing up despite being small.

The pair were both schooled at Spurs’ academy, with Sonupe leaving White Hart Lane in the summer on a permanent deal to join League One side Northampton.

Meanwhile, Winks has been able to make a breakthrough into the Spurs first-team and has become an important player in the squad.

The 21-year-old is a technically gifted central midfielder and a popular choice among supporters.

Mauricio Pochettino is keen to introduce young players to the squad and Winks has certainly impressed when given the opportunity.

Sonupe, 20, made 30 appearances for Spurs’ youth side before departing in search of regular first-team football and has recalled how good Winks was during his time in the academy despite having a height disadvantage.

“That youth team was really good,” Sonupe told Sky Sports. “We had loads of talented players, but we knew Harry was a bit special.

“He wasn’t the biggest, but technically he was always up there as one of the best in the team – if not the best. He just fits that template for what a Tottenham player should be.”

He added: “When we were really young, we just used to get destroyed by other teams because we were all small to be honest. Luckily, the coaching staff just used to say that we would grow into our bodies soon enough. By the time we were 18 and young men, it kind of evened out.”

Winks has become fully integrated in the first-team this season and has already made 29 appearances across all competitions this season.

The English midfielder has scored one goal this season and that came in a 3-2 victory over West Ham in the Premier League.

He is living the dream by playing for his boyhood club and has followed in the footsteps of Harry Kane by breaking into the first-team.

Winks has been used mostly as a substitute this season and is trusted by Pochettino to do a job when he comes on.

The midfielder is an extremely composed player in possession and his strengths certainly lie in ball retention.

In other Tottenham news, Mark Lawrenson has predicted the club’s upcoming clash against Everton.