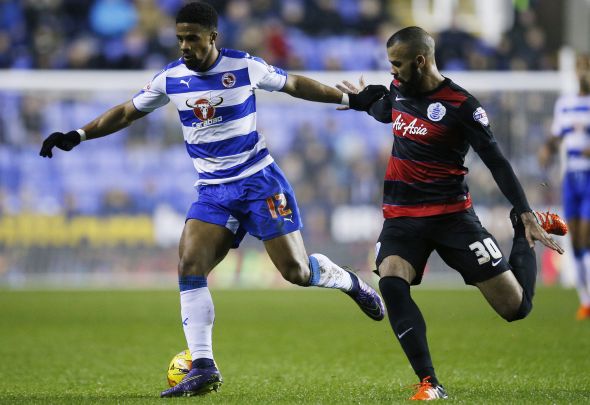 QPR’s ex-Tottenham midfielder Sandro has revealed he failed a Sporting Lisbon medical only to be given the all-clear in independent tests days later.

The Brazil international saw a dream move to the Portugese giants fall through at the eleventh hour this summer.

The former Spurs enforcer, 27, was on the verge of a move from London to Sporting after their third offer matched the wage demands of a player Get West London claim is on £40,000-a-week.

But Sandro arrived for a medical and Sporting only tested his right knee, which has a historical inflammation in the patella, and no other parts of his body.

“The doctor said I had an inflammation in my patella but QPR knew this and so did Tottenham , it is normal for a player,” Sandro told the Sun. “The doctor said it was fine and that I could sign.

“[But] the club were saying my knee was not OK. After ten minutes, my agent called me again and said they were offering half the salary with bonuses.

“The last thing my agent said was that you don’t want to go to a place like that.

“I was supposed to sign for four years so I said I would do it two years, no problem. I’ll show them. But they just wanted to halve the salary.

“It made sense to me. Why only check one knee and not the body unless you don’t want to buy me?”

It was a bitter blow as playing as a Brazilian in Lisbon is second only to Premier League football in Sandro’s eyes and he has now been left in limbo and training alone after being frozen out at Championship outfit QPR.

“I felt very, very bad — very sad. How  can a club do this to a player? It was a joke. They were trying to play with me and it is not fair.

“What they did was not just affecting me on that day, it affects me now — I couldn’t sign for West Brom or other clubs as they saw the news.”

QPR then sent Sandro for independent tests to show there was no problem with his knee.

“QPR saw the story when Sporting made it public and sent me to a specialist, Andy Williams,” Sandro explained to the Sun.

“They sent the scan to the doctor before I got there so he could make checks and he saw my disc, when I arrived he said, ‘Why are you here? I don’t understand’.

“I told him I could explain. He said some clubs do this. And now everyone thinks my knee is not right.”

Sandro made 106 appearances for Tottenham between 2010 and 2014 and was a regular for Brazil at one point before his career nosedived and he joined QPR for just over £6million.

He has 18 caps for his national side, with the most recent appearance against Japan towards the end of 2012.

In the latest Tottenham transfer news, Alex Pritchard has said he is delighted to have quite White Hart Lane.